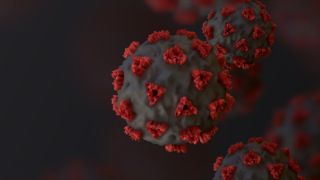 For the first time, close relatives of the novel coronavirus have been found outside China.

As SARS-CoV-2, the virus that causes COVID-19, continues to circulate worldwide, scientists have never stopped hunting for the pathogen’s point of origin. Like its cousin SARS-CoV, which caused outbreaks of severe acute respiratory syndrome in the early 2000s, SARS-CoV-2 likely originated in horseshoe bats (genus Rhinolophus); but some evidence suggests that the virus may have passed through another animal before infecting humans.

By hunting for closely related coronaviruses, scientists can help solve the mystery of how SARS-CoV-2 jumped from bats to people, triggering the current pandemic. Now, scientists have uncovered such a virus in Cambodia, virologists told Nature News.

“This is what we were looking for, and we found it,” Dr. Veasna Duong, a virologist at the Pasteur Institute in Cambodia in Phnom Penh who led the research, told Nature News. “It was exciting and surprising at the same time.” The research is still ongoing and has not yet been published in a scientific journal.

The team discovered the virus in two Shamel’s horseshoe bats (R. shameli), which were first captured in 2010, frozen and stored. To confirm the virus’s relationship to SARS-CoV-2, the scientists zoomed in on a small segment of the virus’s genome. This segment, made up of 324 base pairs — the building blocks of RNA — is highly similar across known members of the coronavirus family, Alice Latinne, an evolutionary biologist at the Wildlife Conservation Society Vietnam in Hanoi, who was not involved in the study, told Nature News.

The segment is often used to differentiate new coronaviruses from known ones, using subtle differences in its code, Latinne said.

The team found that the short segment from the new virus resembled that from SARS-CoV-2, as well as that from its closest known relative, a bat coronavirus called RaTG13. The team must now sequence the entire genome of the new virus, which likely contains about 30,000 base pairs, to find out exactly how closely related the new virus is to SARS-CoV-2.

So far, the team has sequenced about 70% of the genome, but critical genes still need to be analyzed, including those that contain instructions to build the spike protein that allows the virus into cells.

RaTG13, the closest known relative of SARS-CoV-2 to date, shares 96% of its genome with the pandemic virus, and likely diverged from the pathogens’ common ancestor between 40 and 70 years ago. So if the newfound virus is at least 97% similar to SAR-CoV-2, it would replace RaTG13 as the closest known relative. If the sequences are at least 99% similar, the newfound virus may be a direct ancestor of the pandemic pathogen, Aaron Irving, an infectious-diseases researcher at Zhejiang University in Hangzhou, China, told Nature News.

Alternatively, the newfound virus may not resemble SARS-CoV-2 as closely as RaTG13 does. For instance, a coronavirus recently found in frozen bat droppings in Japan shares about 81% of its genome with SARS-CoV-2, according to a study published Nov. 2 in the journal Emerging Infectious Diseases. The virus, called Rc-o319, cannot enter human cells using the same receptor that SARS-CoV-2 uses, according to studies in cell culture.

Whether the virus found in Cambodia can infect human cells remains a mystery. But either way, uncovering new coronaviruses in horseshoe bats can provide hints about how SARS-CoV-2 made the leap to humans — as well as help us anticipate future pandemics.

You can read more about the newfound coronaviruses at Nature News & Comment.