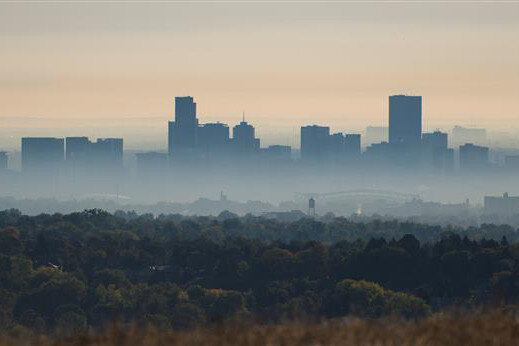 Burning fossil fuels has long powered world economies while contributing to air pollution and the buildup of greenhouse gases. A new analysis of nearly two decades of satellite data shows that economic development, fossil-fuel combustion and air quality are closely linked on the continental and national scales, but can be decoupled at the national level, according to Penn State scientists.

“We know air pollution and economic development are linked, but we want to know how tightly and whether our actions can change this,” said Ruixue Lei, a post-doctoral researcher in the Department of Meteorology and Atmospheric Science. “We found they are not inherently bonded and can be decoupled under favorable policies.”

While previous research has explored the connections between air pollution, fossil-fuel emissions and economic growth, the study is the first to examine all three jointly to determine their long-term, global relationships, the scientists said.

“The significance of this study is that data from satellites was used for the first time to prove that we actually do not need to sacrifice our environment while at the same time having a growth economy,” said Sha Feng, assistant research professor of meteorology and atmospheric science. “This relationship can be detangled, but countries may need infrastructure or policy support to make it happen.”

The team analyzed 18 years of satellite data measuring the amounts of anthropogenic aerosols in the atmosphere and fossil-fuel carbon dioxide emission estimates from the Open-Data Inventory for Anthropogenic Carbon product to determine anthropogenic emissions on continental and national scales. They then compared those findings to gross domestic product data for individual countries.

Their data showed the fastest growing nations suffer the most severe pollution while countries like the United States were able to grow their economies while slowing emissions, the scientists said. The team developed a filter that allowed them to focus on cities and other areas where emissions result from human activities.

“We found the linkage between fossil-fuel combustion and air quality is not how much you emitted, it is how fast the annual increase of the combustion was,” Lei said. “Maybe at this stage all countries cannot unbound these factors, but we still see good examples that give us hope.”

There are different types of pollutants associated with the burning of fossil fuels, and the satellite data also indicated that these varied widely by country, the scientists said.

The results, published in the journal Environmental Research Letters, indicate that certain types of pollutants may be more associated with one economic system than another, and that those may change as a nation goes through phases of development, the scientists said.