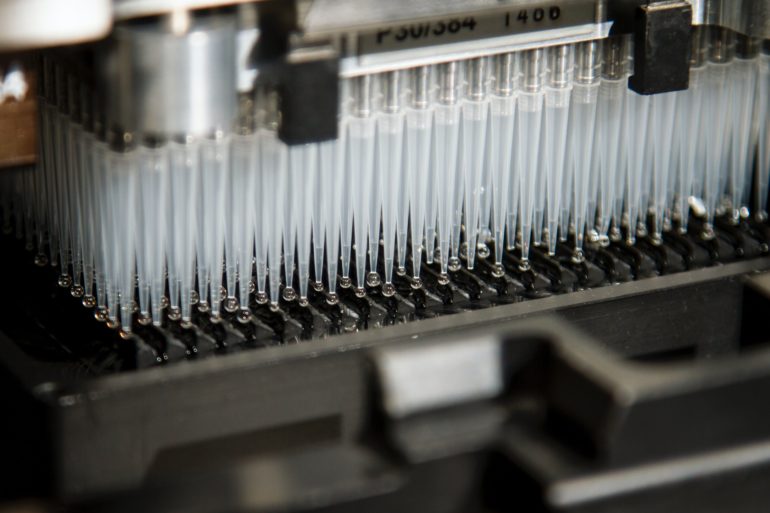 Scientists have produced the first fine-detail molecular blueprints of a bacterial enzyme known as Lit, which is suspected to play a “stealthy” role in the progression of infection by reducing the immune response.

Blueprints such as these allow drug designers to uncover potential weaknesses in bacterial arsenals as they seek to develop new therapeutics that may help us win the war against antibiotic resistance.

The study, led by scientists from the School of Biochemistry and Immunology and the Trinity Biomedical Sciences Institute (TBSI) at Trinity College Dublin, has just been published by leading international journal Nature Communications.

Lipoproteins and their role in bacterial infection

Lipoproteins serve diverse functions in the bacterial cell. Some are essential for survival while some play an important role by engaging with the innate immune response of the host.

The growing list of enzymes responsible for building lipoproteins includes the recently discovered Lit (lipoprotein intramolecular transacylase), which creates a specific lipoprotein that “cools the immune response”—raising the likelihood that Lit enables the bacteria to gain a foothold in the host by stealth.

With a view to understanding how Lit functions at the molecular level, the Trinity-led team has just produced Lit’s all-important, high-resolution crystal structure from Bacillus cereus—a common bacteria found in soil and food.

Combined with other analytical techniques, molecular dynamics simulations and quantum mechanics approaches, the team now has a detailed understanding of how it functions.

Professor Martin Caffrey, Fellow Emeritus (Trinity and TBSI), is the senior author of the research. Underlining its significance and potential societal impact, he said:

“We believe Lit is very likely a virulence factor, negatively impacting host immune response to infection. As such, it could well turn out to be an important target for the development of critically needed antibiotics against which resistance is much less likely to evolve. And it is no exaggeration to say that antibiotic resistance poses a genuine, growing threat to our society.

“With a high-resolution crystal structure and a strong foundation for understanding how it functions in bacterial cells, we are in a similar position to where we were four years ago when we published similar work concerning a related lipoprotein processing enzyme, known as lipoprotein signal peptidase II (or LspA). LspA is currently under intense scrutiny as an antibiotic target by several research groups—including ours in TBSI—and by a number of pharmaceutical companies.”