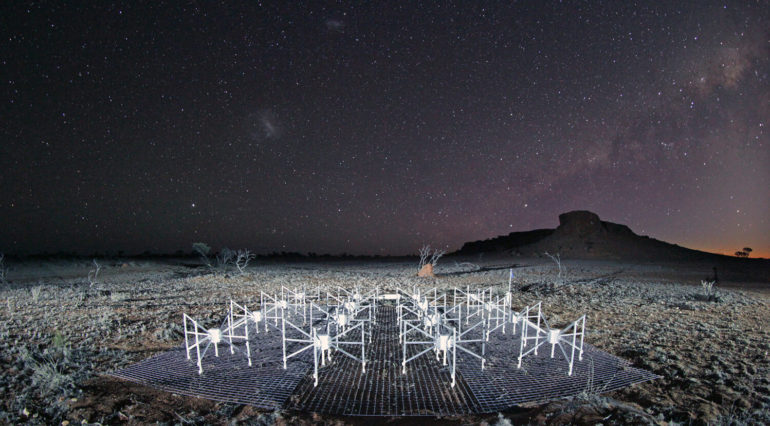 Today, stars fill the night sky. But when the universe was in its infancy, it contained no stars at all. And an international team of scientists is closer than ever to detecting, measuring and studying a signal from this era that has been traveling through the cosmos ever since that starless era ended some 13 billion years ago.

That team—led by researchers at the University of Washington, the University of Melbourne, Curtin University and Brown University—reported last year in the Astrophysical Journal that it had achieved an almost 10-fold improvement of radio emission data collected by the Murchison Widefield Array. Team members are currently scouring the data from this radio telescope in remote Western Australia for a telltale signal from this poorly understood “dark age” of our universe.

Learning about this period will help address major questions about the universe today.

A 3D-printed soft robotic hand that can play Nintendo

In CompaniesGamingRobotics
on 17 July 202110 min read

Before this dark age, the universe was hot and dense. Electrons and photons regularly snared one another, making the universe opaque. But when the universe was less than a million years old, electron–photon interactions became rare. The expanding universe became increasingly transparent and…