Scientists show technology can save people from shark bites 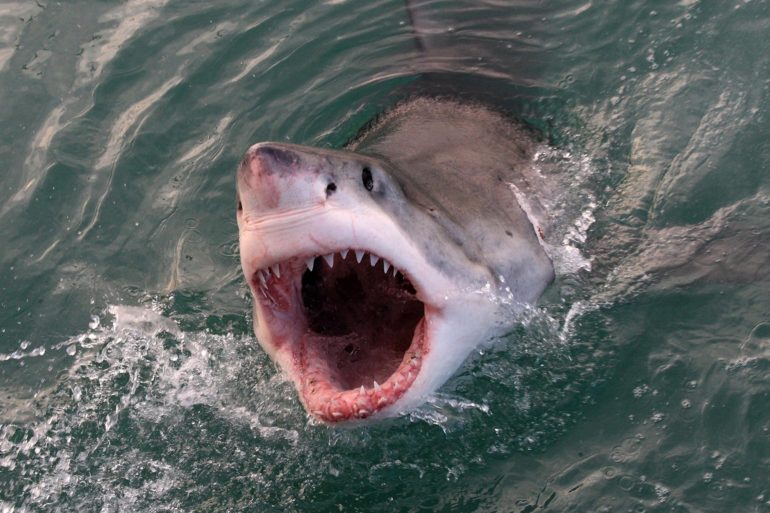 With shark bites increasing in countries like Australia—scientists say the use of personal electronic deterrents is an effective way to prevent future deaths and injuries which could save the lives of up to 1063 Australians along the coastline over the next 50 years.

The research, published in scientific journal Royal Society Open Science, shows that while shark bites are rare events, strategies to reduce shark-bite risk are also valuable because they can severely affect victims and their support groups—with one third of victims experiencing post-traumatic stress disorder.

The researchers analyzed per-capita shark bites around Australia from 1900 to 2020 and developed models to estimate the preventative impact of electronic deterrents if they were worn by water users, to predict how many shark bites could be avoided.

With the incidence of bites increasing worldwide, researchers used the Australian Shark Attack File curated by Taronga Conservation Society Australia to develop the models of incidents, and then projected these shark bites to 2066 when the population is expected to rise to 49 million.

There were 985 incidents reported in the Australian Shark Attack File from 1900 to 2020 from 20 different species.

Lead author Professor Corey Bradshaw of Flinders University says efforts to reduce the risk of shark bites, even if they are extremely rare, are valuable with electronic deterrents capable of reducing the likelihood of a bite by about 60%, potentially saving hundreds of lives over the next 50 years.

“Avoiding death, injury, and trauma from shark bites over the next half-century would be a realistic outcome if people use these personal electronic deterrents whenever they’re in the water, and as long as the technology is operating at capacity.”

“Given that governments are applying multiple approaches to mitigate shark bites such as drones, SMART drumlines, and acoustic monitoring, our simulations suggest electronic deterrents could make a valuable contribution to overall mitigation, and so help allay community fears.”

“This is especially so when you consider the additional costs associated with the loss of recreational, commercial, and tourism revenue in the tens to hundreds of millions of dollars following clusters of shark-bite events. “

“For example, the New South Wales Government recently invested AU$16 million to mitigate shark bites in part due to lost revenue from businesses benefitting from water users and tourism.”

Despite the low probability of being bitten by a shark, the rising number of people spending time in waters frequented by sharks increase shark-bite risk to an extent.

The researchers point out this approach relies on many assumptions, the biggest factors being stability in the abundance of sharks, shark behavior, shark distribution (potentially influenced by climate), and human use of the ocean.

Shark scientist and co-author Associate Professor Charlie Huveneers, who leads the Southern Shark Ecology Group at Flinders University, says the electronic deterrent devices can be beneficial, as long as people understand their effectiveness and how much they actually reduce the risk of attacks.

“Although several studies have demonstrated that electronic deterrents can reduce the probability of shark bites, device efficacy varies among manufacturers and even between products of the same manufacturer.”

“When testing these products scientifically, we need a large number of interactions to (i.e., using robust statistics) assess efficacy confidently. As a result, we often need to use bait or berley to attract sharks, which likely motivate sharks to bite more than in situations when sharks encounter a swimmer or surfer.”

“Therefore, the ability of electric deterrents to reduce shark bite risk might be greater than the 60% decrease we observed in our studies, further increasing the number of lives saved.”