Scientists Taught Rats to Play Hide-and-Seek, and They’re Actually Pretty Good at It 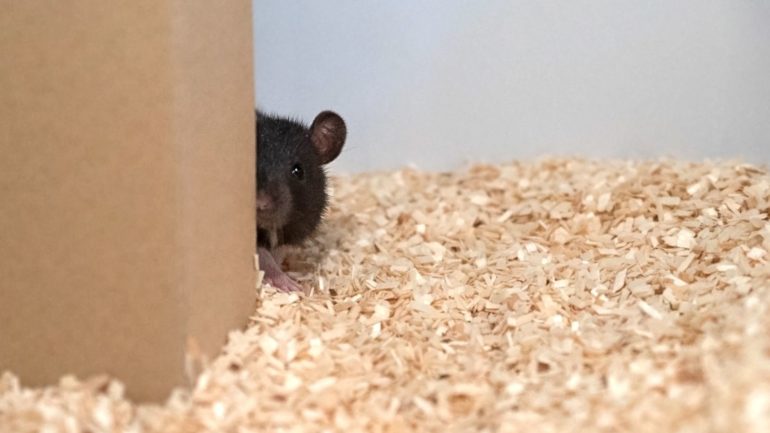 New research suggests rats are capable of learning to play hide-and-go-seek with humans—and they appeared to legitimately enjoy the game. Rats, as this new research demonstrates, just wanna have fun.

Fascinating new research published today in Science describes how neuroscientists in Berlin taught rats to play the classic children’s game, hide-and-seek. Incredibly, the rats were capable of playing the game either as the hider or the seeker, and they appeared to enjoy the matches, exhibiting joyful jumps, employing strategies, and actively prolonging the game.

Scientific research involving rats is traditionally based on strict control and conditioning. Here, the scientists, including Michael Brecht and Annika Reinhold from Humboldt University, had an opportunity to loosen up a bit, choosing to explore the ways in which rats might naturally and spontaneously participate in playful behaviors. Teaching rats to play-hide-and-seek might seem like a weird thing for scientists to do, but the exercise offers new insights into the cognitive capacities of rodents and possibly other “simple” mammals.

That rats like to play games with humans is a surprising result. This kind of playful behavior carries no tangible benefit to the rat outside of the gameplay itself. In this case, the rats were motivated to play the game simply for the sake of it. As the researchers pointed out in their study, “the animals looked like they are having fun.”

Konstantin Hartmann, a co-author of the new study and a Ph.D. candidate at Brecht’s lab, knew going into the study that rats have “strongly developed cognitive capacities,” he told…