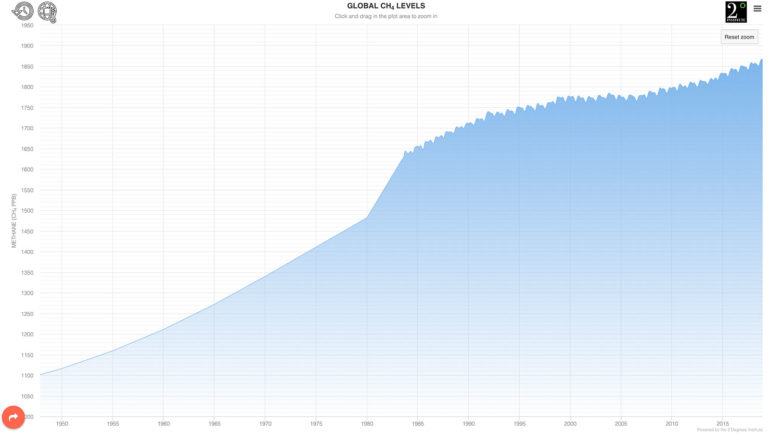 According to scientists, converting methane to carbon dioxide could actually limit climate change.

Carbon dioxide has been talked about a lot lately, and it’s totally understandable and justified. On May 11th, an alarming new milestone of the harmful effects of humanity on the environment has been officially crossed. Indeed, the concentration of carbon dioxide in the Earth’s atmosphere has exceeded 415 ppm for the very first time in the history of humanity.

Note that in 1910, the atmospheric CO2 level was 300 ppm (and it was the highest figure in at least 800,000 years). In addition, even if we stop any additional emissions from now, this greenhouse gas could still warm the planet for several thousand years.

But according to some scientists, there is another greenhouse gas that could actually be used to fight climate change and global warming: this is methane.

Scientists from Stanford University have actually made a surprising proposal: we could limit global warming by chemically converting methane into carbon dioxide. “Our study is a call to see the elimination of methane as an opportunity,” says Rob Jackson, lead author of the study.

Methane, of chemical formula CH4, is currently in the air at 1860 ppm, about 2.5 times more than before the industrial revolution. It should also be noted that 60% of methane emissions are of human origin and come from agricultural sources such as rice paddies, belching of livestock, as well as the production of fossil fuels. This gas lasts on average a decade in the atmosphere.

Unfortunately, methane is very effective at warming the climate. Indeed, the latter warms the atmosphere 84 times more than CO2 does in 20 years. Although methane is a terrifying gas to the problem of global warming, according to Stanford researchers, it could also be a potential solution.

In fact, methane and oxygen react to form carbon dioxide and water. As a result, the reaction is thermodynamically favorable because it releases energy. Moreover, this occurs naturally in the atmosphere. So, if we can create an industrial process that accelerates this natural trend, researchers believe that this could be an important strategy for slowing global warming.

On the ground, this could look like a massive carbon capture device: when giant fans suck air through a bracket to convert methane to CO2. This process is known as geological sequestration (or storage, or even containment of carbon dioxide) and is envisaged as a possible form of carbon treatment recovered in the still experimental processes of capture and storage of carbon dioxide. With the aim of sequestering carbon and carbon dioxide, to limit the contribution of this gas to the acidification of the environments and to the climatic modifications of which it is one of the causes. 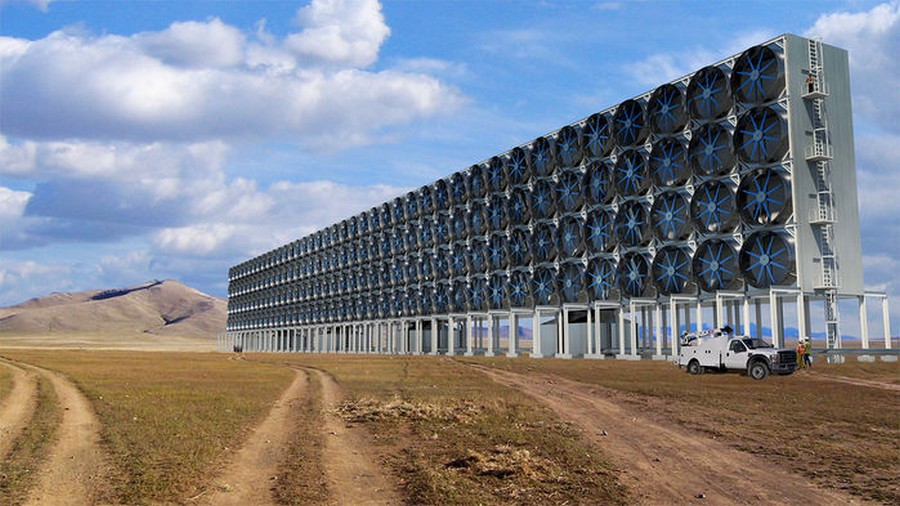 However, unlike carbon capture, escaping gas would not have to be sucked in and stored. Instead, the carbon dioxide would simply be evacuated. Since CO2 is a greenhouse gas that is less harmful to the environment than methane, the net effect is not as dramatic as global warming and at least slows it down.

If we could convert all the methane of human origin present in the atmosphere, it would release about 8.2 billion tonnes of CO2, the total amount we have in a few months. And in this case, “this process would eliminate one-sixth of the warming we have experienced since we started burning fossil fuels,” the paper says. “It would save us time to manage the most difficult sources of carbon dioxide,” said Jackson.

At present, this proposal is only at the idea stage and, of course, many challenges will still have to be met. One of the most obvious issues, as the paper by the scientists points out, is that methane is very diffuse in the air. Indeed, at 1869 ppb, it represents only a tiny fraction of all molecules in the air and is about 200 times more diffuse than CO2.

Scientists explain why Uranus and Neptune are different colors

Unfortunately, because of its tetrahedral shape (four hydrogen atoms derived from a carbon center), “the structure lacks an obvious catalytic entry point,” the study authors point out. Nevertheless, there is some evidence that zeolites, a type of mineral with many tiny pores, could be used to convert methane to CO2. Indeed, these tiny pores could help absorb methane and react with a metal catalyst, facilitating its transformation into CO2.

And just like carbon capture, this process could require a lot of energy. Not to mention the fact that building the necessary devices, extracting the zeolite and operating the fans would require a significant amount of electricity.

“It seems that this system would require a lot of energy,” said Ed Dlugokencky, atmospheric chemist at the National Oceanic and Atmospheric Administration. Jackson said the methane conversion system would be operated on zero carbon sources, such as wind turbines and solar power. And, since the reaction releases energy, the latter thinks that it would be possible to capture this energy again and use it for the operation to continue.

Right now, there are also financial problems. Indeed, since the release of carbon into the atmosphere is free, it is impossible to make money with the process. A legal mandate or a price on carbon would be necessary to arouse any interest in the industrial strengthening of methane capture. As the paper points out, at a price of $ 500 per metric ton of CO2, offsetting the global warming potential of converting methane to carbon dioxide would yield $ 12,500 per tonne of methane converted, making the process cost-effective. .

Some people think that carbon pricing is too optimistic and that it is better to spend our money on renewable energy. “There are a lot of simple solutions to CH4’s contribution to the problem of global warming,” said Pieter Tans, head of NOAA’s carbon cycle greenhouse gas group. “I propose instead to reduce CH4 emissions in a known way and let the atmosphere deal with its oxidation to CO2 in about 10 years,” he added. But Jackson remains convinced that technology, although accompanied by many challenges, could play a beneficial role in the fight against global warming.