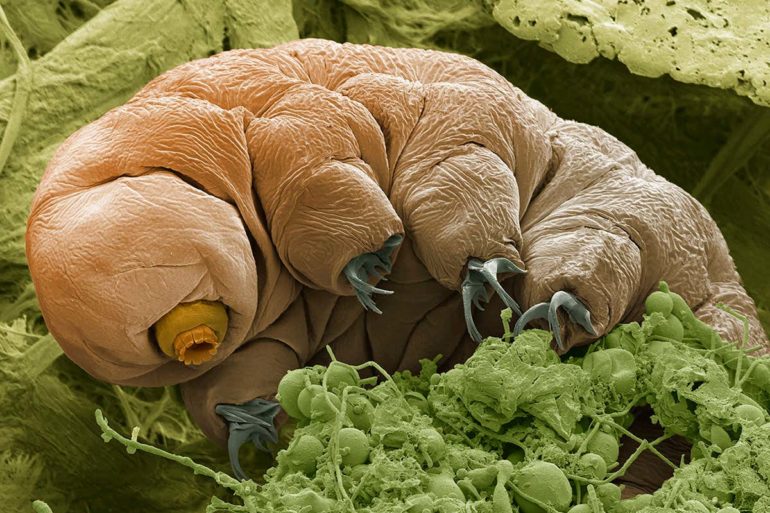 The most resilient animal known to science – the tardigrade – is yielding its secrets, with the first work at the atomic level investigating the way the animal survives extreme stress.

Tardigrades are microscopic, eight-legged animals sometimes referred to as water bears. They live in moss all over the world, which also inspired the whimsical and frankly mammalocentric name moss piglet.

No mammal could survive what a tardigrade can tolerate. Under environmental stress such as dehydration or extremes of temperature they shrink into a “tun” state in which their metabolism all but stops. In this state they can survive without water for decades, tolerate high doses of gamma and X-ray radiation and survive temperatures from -272°C to 150°C. They have also breezed through 10 days in the vacuum of space.

In most other organisms, these sorts of stresses destroy the DNA in cells, but tardigrades have a damage-suppressor protein (Dsup) that somehow shields the DNA. Now, Marina Mínguez-Toral and colleagues at the Centre for Plant Biotechnology and Genomics in Madrid, Spain, have performed a simulation of the interaction between Dsup and DNA that suggests an explanation.

The team modelled a system of two Dsup molecules and DNA, comprising more than 750,000 atoms, which required “days and days” on a supercomputer. “The equations of motion…