Harvard Astronomers Propose That Our Star System Used to Be Binary 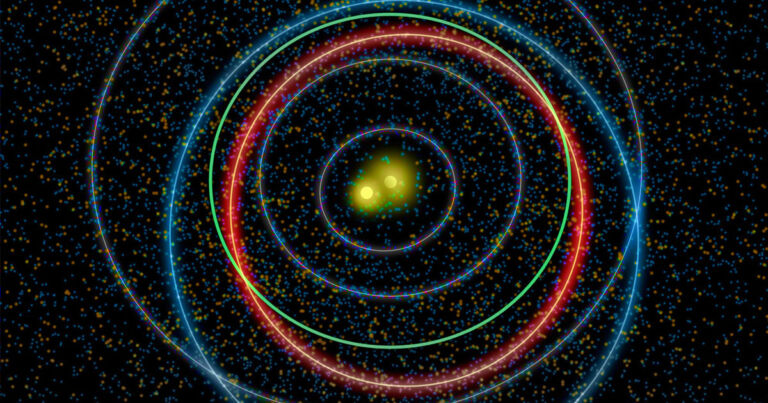 A team of Harvard astronomers have a wild new theory: the Sun used to have a companion star, making our solar system a binary one during its ancient history.

The astronomers say the theory could explain the formation of the Oort cloud, a theoretical cloud of dust and smaller objects in the distant regions of our solar system that many believe was created out of the left overs from the early solar system.

In a new preprint submitted last month to the preprint archive arXiv, the team suggests that the Sun used to have a long lost binary star companion. Such a system could explain how some objects were scattered to the far reaches of the solar system, sometimes even making it to neighboring systems and vice versa.

“Previous models have had difficulty producing the expected ratio between scattered disk objects and outer Oort cloud objects,” Amir Siraj, a Harvard undergraduate student involved in the research, said in a statement. “The binary capture model offers significant improvement and refinement, which is seemingly obvious in retrospect: most Sun-like stars are born with binary companions.”

A binary star system would be far more likely to capture the Oort cloud.

“Binary systems are far more efficient at capturing objects than are single stars,” co-author Avi Loeb said in the statement. “If the Oort cloud formed as observed, it would imply that the Sun did in fact have a companion of similar mass that was lost before the Sun left its birth cluster.”

The theory could also have sweeping implications of how life came to be on Earth.

“Objects in the outer Oort Cloud may have played important roles in Earth’s history, such as possibly delivering water to Earth…