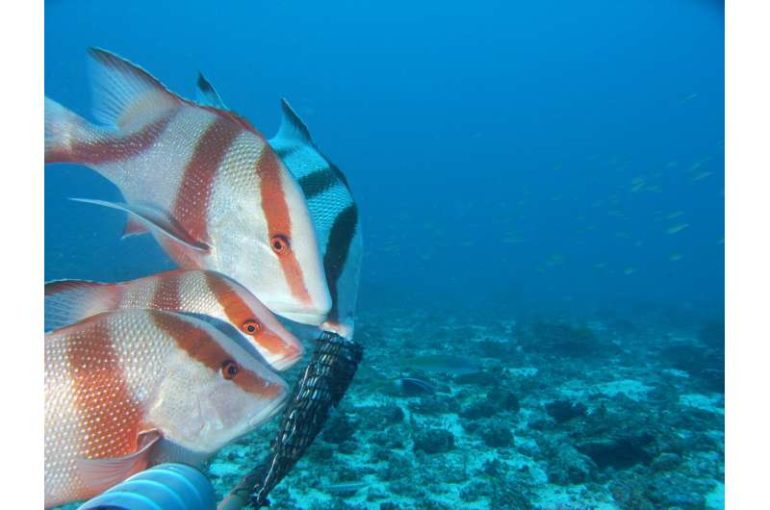 New research has found marine seismic surveys used in oil and gas exploration are not impacting the abundance or behavior of commercially valuable fishes in the tropical shelf environment in north-western Australia.

The research is the first of its kind to use dedicated seismic vessels to measure the impacts of the survey’s noise in an ocean environment, with the eight-month experiment conducted within a 2500 square kilometer fishery management zone near the Pilbara coast.

It involved using multiple acoustic sensors, tagging 387 red emperor fish and deploying more than 600 underwater cameras to track and measure fish behavior before and after firing seismic air guns into the ocean.

Australian Institute of Marine Science (AIMS) Principal Researcher and project leader Dr. Mark Meekan said the large-scale experiment measured the short-term and long-term effects of seismic airguns on the community of commercially important species in the region, such as red emperor (Lutjanus sebae).

“What makes this research unique and robust is we used an actual seismic vessel in a real ocean environment and some of the most advanced technologies to track and measure possible impacts,” he said.

“Commercial fishers are concerned seismic survey noise could change the abundance and behavior of key fish species—this research directly sought to determine if commercially valuable fish leave the area or hide when exposed to the seismic noise.

“The results reveal there were no short-term or long-term effects on the abundance, behavior and movement of bottom-living fishes.

“This suggests seismic surveys have little impact on commercially valuable fish species in this environment.”

Red emperor fish—an important target of fisheries—were tagged and tracked via an array of acoustic telemetry receivers to understand their movements.

“It was surprising to find no changes in the key behaviors we were assessing after the fish were exposed to seismic blasts,” he said.

This research fills in a key knowledge gap in the effect of seismic exploration on fisheries in the area, which is necessary for managers, marine industries, and policy makers to make informed decisions about its sustainable use.

“The magnitude and extent of this study also means the results provide valuable knowledge on potential impacts in other environments, not just in Australia, but internationally.”

Peloton pushes back against ‘urgent’ warning against using Tread+ treadmill

The research experiment is part of the North West Shoals to Shore Research Program. The program also investigates impacts on pearl oysters, with this study still in progress.