Severe infections during pregnancy associated with complications around childbirth 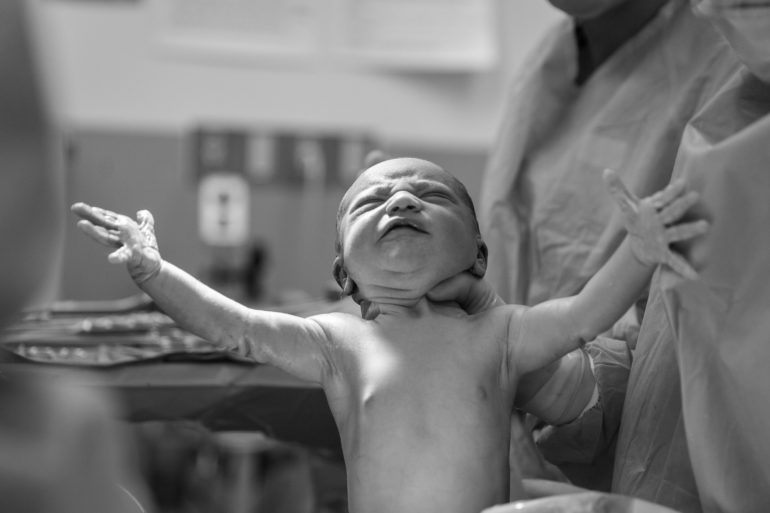 Individuals who are hospitalized during pregnancy due to sepsis have higher odds of complications surrounding childbirth, according to a study led by researchers at UC San Francisco. The study found that pregnancies complicated by sepsis were associated with an increased risk of cesarean delivery, postpartum hemorrhage and preterm delivery, highlighting the risk of any severe infection during pregnancy.

“If pregnant women were admitted for severe infection, even after they’re discharged and they recover from that infection, there was an increased risk of complications related to pregnancy that are associated with core placental dysfunction,” said Stephanie Gaw, MD, Ph.D., assistant professor of Obstetrics, Gynecology & Reproductive Sciences at UCSF, and senior author of the paper, which appears September 3, 2021, in JAMA Network Open.

Sepsis is a life-threatening condition caused by an unusually severe response to an infection, which leads to widespread inflammation in the body and, potentially, organ failure and death. Maternal sepsis is the second leading cause of maternal mortality in the United States, according to the Centers for Disease Control and Prevention (CDC).

The timing of infection also impacts outcomes for mother and baby. The cohort study found that patients with sepsis before delivery were twice as likely to have placental dysfunction compared to pregnant patients without sepsis.

During the study, the mean gestational age at the time of infection was 24.6 weeks. Early infection, at less than 24 weeks of gestation, was associated with the greatest risk of placental dysfunction, maternal hypertensive disorder, and newborns who were small for gestational age.

Downstream Consequences of COVID or Other Infections

Although the study used pre-pandemic data, Gaw says the findings are an important reflection of the potential long-term consequences of any acute infection.

“Even after you’ve recovered from COVID, or any other infection, there may be downstream consequences that we should pay attention to,” Gaw said, noting that women with septic infections during pregnancy should receive increased surveillance for the remainder of their pregnancy.

“Having a baby that was small for gestational age was more common if you had sepsis during pregnancy than if you didn’t, even after controlling for other risk factors,” she said. “One thing that could be changed in current prenatal care practice would be to add another ultrasound to monitor the baby’s growth. In the third trimester, that was not routinely done for all of these patients and isn’t routinely done in clinical practice right now.”

The UCSF study was the first of its kind to examine pregnancy outcomes among individuals who recover from their infections prior to delivery.

“All the prior studies only looked at sepsis and delivery during the same admission, so delivery right after sepsis,” explained Gaw. “But with the majority of sepsis cases that happen during pregnancy, the moms are treated with antibiotics or other medications and they get better. Nobody had looked at what happens to moms that are really sick at some point during their pregnancy, recover from that acute episode, and go home. Do they go on to have normal pregnancies? Do the babies do okay?”

Patients with sepsis were younger, with a mean delivery age of 30.6 years, compared to 33.1 years for the study overall, more likely to have pregestational diabetes, and had higher pregestational body mass index scores. After adjusting for possible confounders, including maternal age, number of previous childbirths, body mass index (BMI), and medical comorbidities, the study found patients with sepsis during pregnancy had 2-fold higher odds of perinatal complications.

Gaw, who also studies malaria in pregnant women around the globe, hopes the study will lead to more research about the mother’s response to infection in pregnancy and treatments to improve outcomes for mother and baby. “We need more data to identify potential interventions—whether a woman gets malaria, COVID, or another type of infection—to slow the inflammatory process, so that these long term, permanent changes to the placenta don’t happen,” she said.

Co-authors on the paper were Christine Blauvelt, MD; Kiana C. Nguyen; Arianna G. Cassidy, MD, from UCSF. Gaw was supported by grant NIAID K08AI141728 from the National Institutes of Health.