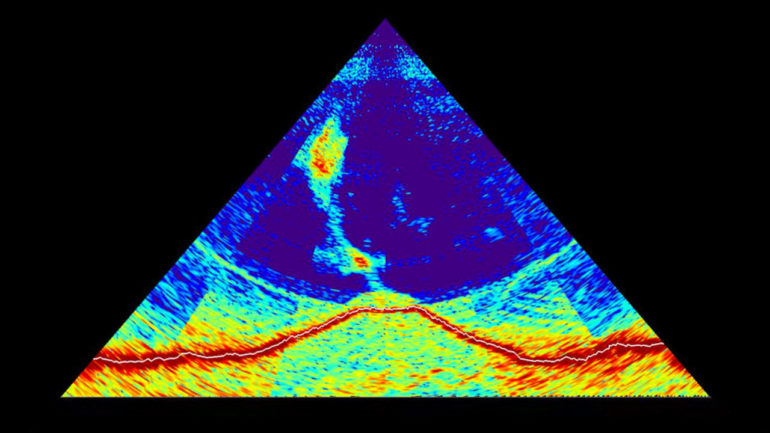 Multibeam sonar waves, reflecting off the sea floor near the French island of Mayotte, reveal the outline of an 800-meter-tall volcano (red) and a rising gas-rich plume. | MAYOBS team (CNRS/IPGP-Université de Paris/Ifremer/BRGM)

Last week, Marc Chaussidon, director of the Institute of Geophysics in Paris (IPGP), looked at seafloor maps from a recently concluded mission and saw a new mountain. Rising from the Indian Ocean floor between Africa and Madagascar was a giant edifice 800 meters high and 5 kilometers across. In previous maps, there had been nothing. “This thing was built from zero in 6 months!” Chaussidon says.

His team, along with scientists from the French national research agency CNRS and other institutes, had witnessed the birth of a mysterious submarine volcano, the largest such underwater event ever witnessed. “We have never seen anything like this,” says IPGP’s Nathalie Feuillet, leader of an expedition to the site by the research vessel Marion Dufresne, which released its initial results last week.

The quarter-million people living on the French island of Mayotte in the Comoros archipelago knew for months that something was happening. From the middle of last year they felt small earthquakes almost daily, says Laure Fallou, a sociologist with the European-Mediterranean Seismological Centre in Bruyères-le-Châtel, France. People “needed information,”…