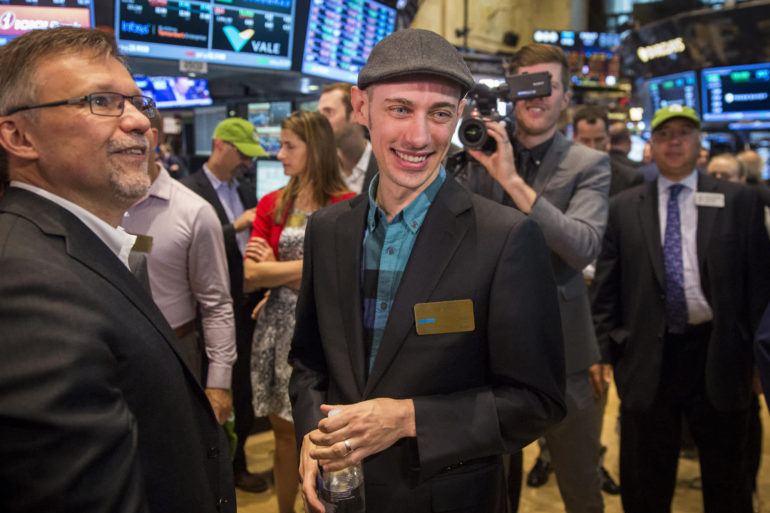 Shopify just came off a huge growth year as the Covid-19 pandemic spurred massive growth in online shopping. Now it’s starting 2021 with a bang thanks to an 8% stake in Affirm, the year’s first notable tech IPO.

Both companies have seen their businesses explode since early last year, when Covid-19 forced physical retailers to close, giving consumers even more of an incentive to shop online.

The two companies forged a partnership in July for online lender Affirm to become the exclusive provider or point-of-sale financing for Shop Pay, Shopify’s checkout service. As part of the deal, Shopify was granted warrants to buy up to 20.3 million shares in Affirm.

With Affirm’s Nasdaq debut on Wednesday, Shopify’s stake is worth about $2 billion. Affirm jumped 99% to $97.24 at the close.

Affirm said in its prospectus that the Shopify deal allowed it “to significantly expand the number of merchants and consumers on our platform.” Shopify serves more than a million businesses, and said in October that third quarter gross merchandise volume more than doubled from a year earlier to $30.9 billion.

A the time of the announcement, CEO and founder Max Levchin told CNBC that Shopify and Affirm will have a “tightly integrated partnership” that lets merchants “flip a switch” to have the product go live.

“We expect massive uptake,” Levchin said in the interview. “By making the integration so easy, we expect it to be extremely close to total ubiquity.”

The merchant diversification that Shopify provides is important for Affirm, which counted on Peloton for 30% of revenue in the latest period.

But gaining access to Shopify’s expansive customer base came at a steep cost — Affirm gave Shopify the right to buy over 20 million shares at a penny each. A quarter of shares issued in the original warrant vested in July. The remaining 15.2 million vested with the IPO.

Shopify is Affirm’s third-biggest shareholder. The only bigger owners are founder and CEO Max Levchin, whose 11% stake is worth $2.7 billion, making him the latest member of the so-called “PayPal mafia” to become a billionaire, and Jasmine Ventures, which is part of Singapore’s sovereign wealth fund GIC and owns 9%.