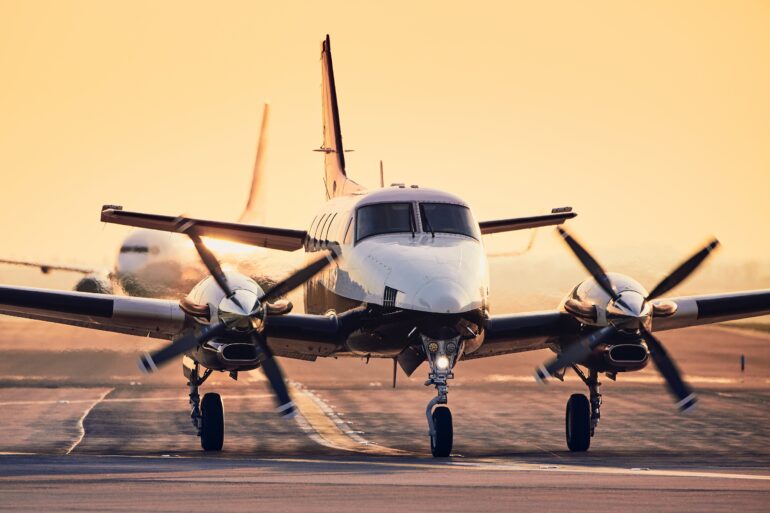 Electric planes might seem futuristic, but they aren’t that far off, at least for short hops.

Two-seater Velis Electros are already quietly buzzing around Europe, electric sea planes are being tested in British Columbia, and larger planes are coming. Air Canada announced on Sept. 15, 2022, that it would buy 30 electric-hybrid regional aircraft from Sweden’s Heart Aerospace, which expects to have its 30-seat plane in service by 2028. Analysts at the U.S. National Renewable Energy Lab note that the first hybrid electric 50- to 70-seat commuter plane could be ready not long after that. In the 2030s, they say, electric aviation could really take off.

That matters for managing climate change. About 3% of global emissions come from aviation today, and with more passengers and flights expected as the population expands, aviation could be producing three to five times more carbon dioxide emissions by 2050 than it did before the COVID-19 pandemic.

Aerospace engineer and assistant professor Gökçin Çınar develops sustainable aviation concepts, including hybrid-electric planes and hydrogen fuel alternatives, at the University of Michigan. We asked her about the key ways to cut aviation emissions today and where technologies like electrification and hydrogen are headed.

Why is aviation so difficult to electrify?

Aircraft are some of the most complex vehicles out there, but the biggest problem for electrifying them is the battery weight.

If you tried to fully electrify a 737 with today’s batteries, you would have to take out all the passengers and cargo and fill that space with batteries just to fly for under an hour.

Jet fuel can hold about 50 times more energy compared to batteries per unit mass. So, you can have 1 pound of jet fuel or 50 pounds of batteries. To close that gap, we need to either make lithium-ion batteries lighter or develop new batteries that hold more energy. New batteries are being developed, but they aren’t yet ready for aircraft.

An electric alternative is hybrids.

China accuses US of breaching market rules in NYSE delisting

Even though we might not be able to fully electrify a 737, we can get some fuel burn benefits from batteries in the larger jets by using hybrid propulsion systems. We are trying to make that happen in the short term, with a 2030-2035 target for smaller regional planes. The less fuel burned during flight, the fewer greenhouse gas emissions.

How does hybrid aviation work to cut emissions?

Hybrid electric aircraft are similar to hybrid electric cars in that they use a combination of batteries and aviation fuels. The problem is that no other industry has the weight limitations that we do in the aerospace industry.