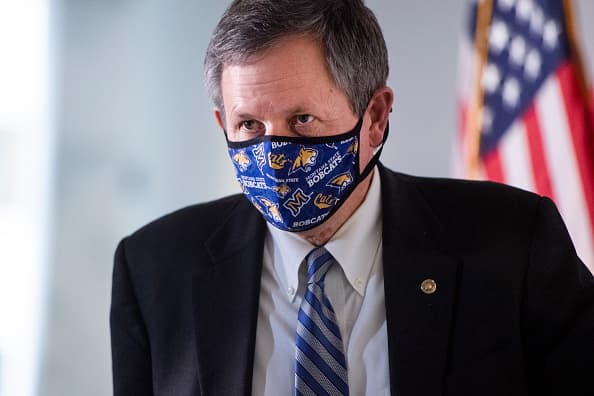 SoftBank’s Jeff Housenbold, who led the Vision Fund’s investments in companies including DoorDash, OpenDoor and Wag, is leaving the firm later this year.

SoftBank shook up the Silicon Valley investment world with the first Vision Fund in 2017, ultimately raising $100 billion, funded in large part by the Public Investment Fund of the Kingdom of Saudi Arabia. The Japanese company had been targeting an even bigger amount for Vision Fund 2 but scaled it way back last year after many of its high-priced investments hit snags.

In a memo sent internally on Friday and viewed by CNBC, Vision Fund head Rajeev Misra said that Housenbold is departing to “run his own business.” Housenbold has been with the Vision Fund during its ups and downs, leading some of the most high-profile deals with mixed results.

“As many of you know, Jeff was my first hire and over the last three and a half years he successfully led our investments in 17 companies across Fund 1 and Fund 2, including DoorDash (DASH), Opendoor (OPEN), Compass, Rappi, Alto, and Memphis Meats,” Misra wrote in the memo.

Axios previously reported on his departure. Housenbold confirmed the move on Twitter.

Housenbold, who was previously CEO of Shutterfly, had a strong end to 2020, with DoorDash’s IPO and Opendoor’s public market debut through a special purpose acquisition company. SoftBank’s stake in food delivery app DoorDash has jumped to $12 billion, with the stock rallying since its IPO, and its stake in real estate company OpenDoor is about $2 billion, according to FactSet.

He also had some losers. In 2018, he led a $300 million investment in dog-walking app Wag before selling the Vision Fund’s stake back to the company less than two years later as the business struggled. Also in 2018, the Vision Fund put $240 million into e-commerce start-up Brandless, with Housenbold taking a board seat. Early last year, the company shut down and was later recapitalized.

Housenbold spoke to CNBC in March of 2020 as the SoftBank was dealing with the fallout of the WeWork catastrophe and Uber’s struggles while also preparing for a slowdown caused by the pandemic. He was among the executives at the firm considering its “Plan Bs.”

Got a lot of SSDs and hard drives to erase? You need the StarTech four-bay drive eraser

“If the markets go into a prolonged slump of 12 to 24 months and there’s not access to public markets, we’ll have to look at raising additional capital at the company level,” Housenbold said at the time. “There’s debt, there’s equity players, there’s mergers and acquisitions.”

Misra said in the memo that Housenbold will stay with the Vision Fund for six months, and then serve as a senior adviser to Misra and SoftBank CEO Masayoshi Son.