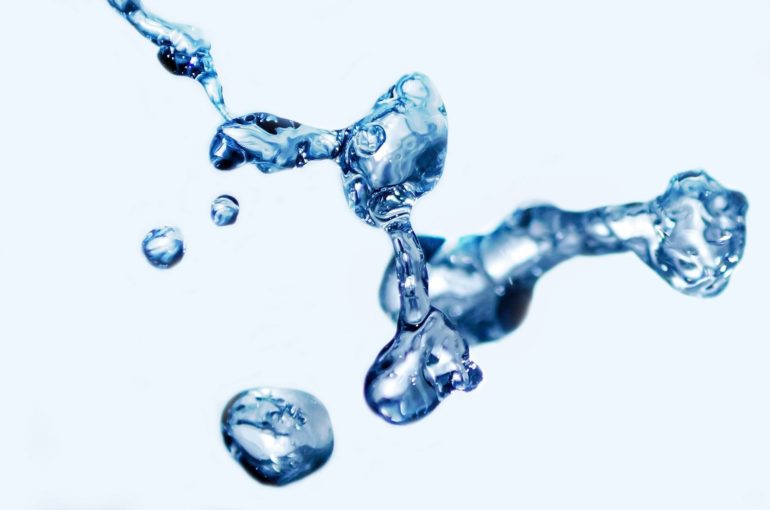 Mechanical engineers at Duke University have devised a method for spinning individual droplets of liquid to concentrate and separate nanoparticles for biomedical purposes. The technique is much more efficient than traditional centrifuge approaches, working its magic in under a minute instead of taking hours or days, and requires only a tiny fraction of the typical sample size. The invention could underline new approaches to applications ranging from precision bioassays to cancer diagnosis.

The results appear online on December 18 in the journal Science Advances.

“This idea originated from a very exciting recent finding that you can use surface acoustic waves to spin a droplet of liquid,” said Tony Jun Huang, the William Bevan Distinguished Professor of Mechanical Engineering and Materials Science at Duke. “We decided to investigate whether we could use this method to create a point-of-care system that can separate and enrich nanoparticles quickly and efficiently.”

Huang and his doctoral student Yuyang Gu began their investigation by building a device capable of spinning individual droplets of liquid. In the center of a piezoelectric surface sits a ring of polydimethylsiloxane, a type of silicon commonly used in microfluidic technologies, which confines the droplet’s boundaries and keeps it in place. The researchers then placed a sound wave generator called a interdigitated transducer (IDT) on each side and slanted them so that sound waves with different frequencies travel through the piezoelectric surface to enter the droplet.

When turned on, the IDTs create surface acoustic waves that push on the sides of the droplets like Donald Duck getting blown over by a gigantic pair of speakers. At low power settings, the top of the droplet begins to wobble around the ring like a muffin top made of Jell-O. But when the power gets turned up to 11, the balance between the surface tension of the droplet and its centrifugal force causes it to take on the shape of a pill and begin spinning in place.

The researchers then investigated how fluorescent nanoparticles of different sizes behaved within the spinning droplets. Because the droplet is spinning, the nanoparticles themselves also got dragged along in a helical pattern. Depending on their size and the frequency of sound, they were also pushed toward the center of the droplet due to the incoming force of the sound waves and hydrodynamics.

The researchers found that by using different frequencies, they could specifically concentrate particles as small as tens of nanometers. These sizes correlate to biologically important molecules such as DNA and exosomes—biological nanoparticles released from every type of cell in the body that are thought to play an important role in cell-to-cell communication and disease transmission.

Their solution? A second spinning droplet.

“We set up two droplets of different sizes next to each other so that they’d be spinning at different speeds,” said Gu. “By connecting them with a small channel, any nanoparticles not concentrating in the first end up spinning off and getting trapped in the second.”

To further show how useful their dual-droplet centrifugal system could be, the researchers showed that it could successfully separate subpopulations of exosomes from a sample. And unlike common centrifugation methods that require large amount of samples and can take overnight to work, their solution only needed a much smaller sample volume—such as five microliters—and less than a minute.

“We envision this work simplifying and speeding up sample processing, detection and reagent reactions in various applications such as point-of-care diagnostics, bioassays and liquid biopsies,” said Gu.