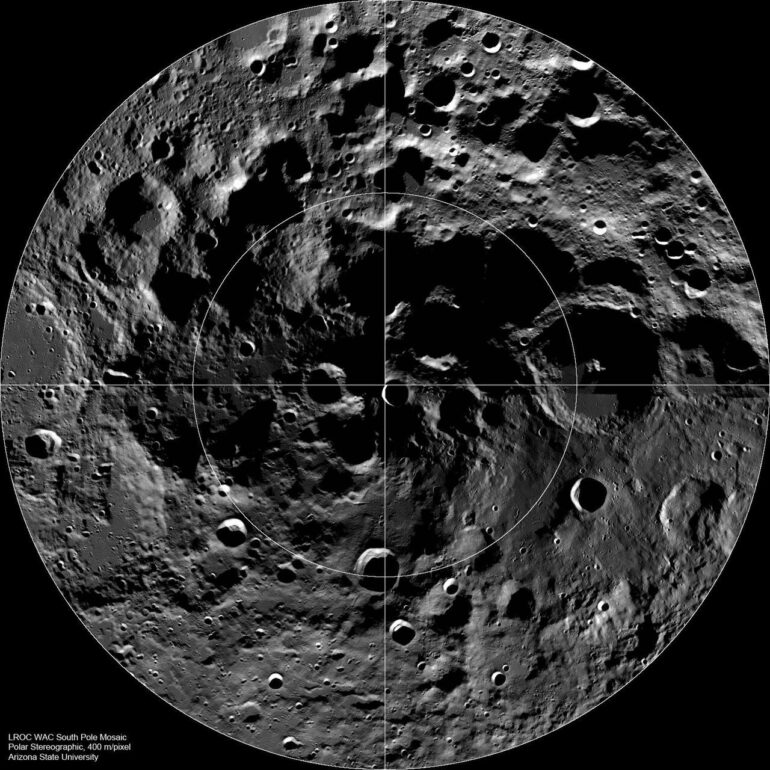 After decades of uncertainty, researchers have confirmed the existence of lunar carbon dioxide cold traps that could potentially contain solid carbon dioxide. The discovery will likely have a major influence in shaping future lunar missions and could impact the feasibility of a sustained robot or human presence on the moon.

Future human or robot explorers could use the solid carbon dioxide in these cold traps to produce fuel or materials for longer lunar stays. The carbon dioxide and other potential volatile organics could also help scientists better understand the origin of water and other elements on the moon.

Although cold traps have been predicted by planetary scientists for years, this new study is the first to firmly establish and map the presence of carbon dioxide cold traps. To find the coldest spots on the moon’s surface, researchers analyzed 11 years of temperature data from the Diviner Lunar Radiometer Experiment, an instrument flying aboard NASA’s Lunar Reconnaissance Orbiter.

The new research, published in the AGU journal Geophysical Research Letters, which publishes high-impact, short-format reports with immediate implications spanning all Earth and space sciences, shows that these cold traps include several pockets concentrated around the lunar southern pole. The total area of these carbon dioxide traps totals 204 square kilometers, with the largest area in the Amundsen Crater hosting 82 square kilometers of traps. In these areas, temperatures continually remain below 60 degrees Kelvin (about minus 352 degrees Fahrenheit).

“I think when I started this, the question was, ‘Can we confidently say there are carbon dioxide cold traps on the moon or not?'” said Norbert Schörghofer, a planetary scientist at the Planetary Science Institute and lead author on the study. “My surprise was that they’re actually, definitely there. It could have been that we can’t establish their existence, [they might have been] one pixel on a map… so I think the surprise was that we really found contiguous regions which are cold enough, beyond doubt.”

The existence of carbon dioxide traps on the moon will likely have implications for the planning of future lunar exploration and international policy regarding the resource.

If there is indeed solid carbon dioxide in these cold traps, it could potentially be used in a variety of ways. Future space explorers could use the resource in the production of steel as well as rocket fuel and biomaterials, which would both be essential for sustained robot or human presence on the moon. This potential has already attracted interest from governments and private companies.

Scientists could also study lunar carbon to understand how organic compounds form and what kind of molecules can be naturally produced in these harsh environments.

The carbon dioxide cold traps could additionally help scientists answer long-standing questions about the origins of water and other volatiles in the Earth-moon system, according to Paul Hayne, a planetary scientist at the University of Colorado, Boulder who was not involved in the study.

Carbon dioxide could be a tracer for the sources of water and other volatiles on the lunar surface, helping scientists to understand how they arrived on the moon and on Earth.

New planet detected around star closest to the sun

“These should be high-priority sites to target for future landed missions,” Hayne said. “This sort of pinpoints where you might go on the lunar surface to answer some of these big questions about volatiles on the moon and their delivery from elsewhere in the solar system.”


Citation:
Carbon dioxide cold traps on the moon are confirmed for the first time (2021, November 15)
retrieved 15 November 2021
from https://phys.org/news/2021-11-carbon-dioxide-cold-moon.html