Cracking the mystery of nitrogen ice dynamics on Pluto 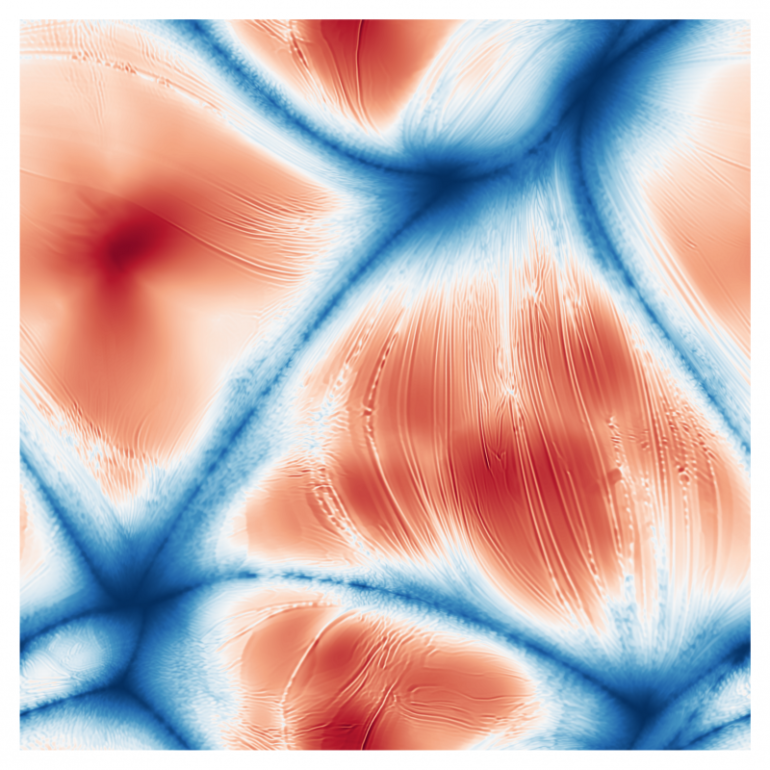 Sputnik Planitia, a basin on the surface of Pluto filled with nitrogen ice, displays an astonishing pattern of flat polygons separated by narrow troughs. This feature is a sign of thermal convection within the icy mass that constantly renews its surface. Until now the driver of this process was a riddle.

However, in their study published in Nature on 15 December 2021, researchers from the CNRS, ENS de Lyon, and the University of Exeter unveil the mystery behind the formation of these structures. Despite the low level of solar radiation, the nitrogen ice here is regularly sublimated, i.e., transformed directly into gas without first becoming a liquid.

This sublimation results in local cooling that causes movements in the ice layer on the scale of 100,000 years, which is comparable to the speed of tectonic plate motion on Earth.

The process bears a stronger resemblance to the movement of our oceans than to the behavior of ice layers on the moons of Jupiter and Saturn.

It may also occur on the surface of other planetary bodies like Triton, a moon of Neptune; or Eris and Makemake, among the largest Kuiper Belt Objects.