Geologists shed new light on how continents may have been formed 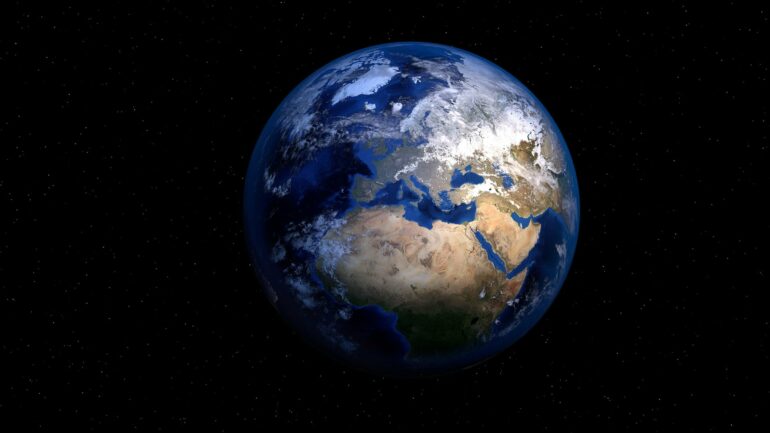 An international research team has found that the first continents were not stable and were recycled in the interior of the Earth, in the mantle.

The research, published today in the Proceedings of the National Academy of Sciences (PNAS), is significant because it provides important clues on how planets formed.

“The rocks in the core of the continents, called cratons, are more than three billion years old,” explains lead study author Associate Professor Fabio Capitanio from the Monash University School of Earth, Atmosphere and Environment.

“They formed in the early Earth and hold the secret to how continents and the planet changed over time.”

They found that the first continents were unstable and recycled in the Earth’s mantle.

Once the early continental blocks were in the mantle, they were melted, stirred, and mixed until they were gone.

The researchers found that some pieces of the original rocks can stay in the mantle for billions of years but eventually they come back up.

“First, cratons are where important metals and other minerals are stored/found.

Over time, the recycled pieces of continent can build up under the new lithosphere, making it more buoyant and strong enough to stop more recycling.

The study is unique because it explains how continents are put together.

Many observations of old continental cores, called cratons, show that they are much more complex and heterogeneous than the lithosphere of today. However, scientists did not know what caused the differences or how they formed.

The study shows that parts of the cratonic lithospheric mantle (CLM) still exist in the mantle as diffused, depleted heterogeneities at multiple scales that can last for billions of years.

Relamination works best at high degrees of depletion and mantle temperatures that are similar to those of the early Earth. This leads to the upwelling and underplating of large amounts of foundered CLM, which is referred to as massive regional relamination (MRR).

MRR explains the complex source, age, and depletion heterogeneities found in ancient CLM. This suggests that this may have been a key part of building continents in the early Earth.

More information:
Accretion of the cratonic mantle lithosphere via massive regional relamination, Proceedings of the National Academy of Sciences (2022). doi.org/10.1073/pnas.2201226119


Citation:
Geologists shed new light on how continents may have been formed (2022, September 20)