Harvesting resources on Mars with plasmas 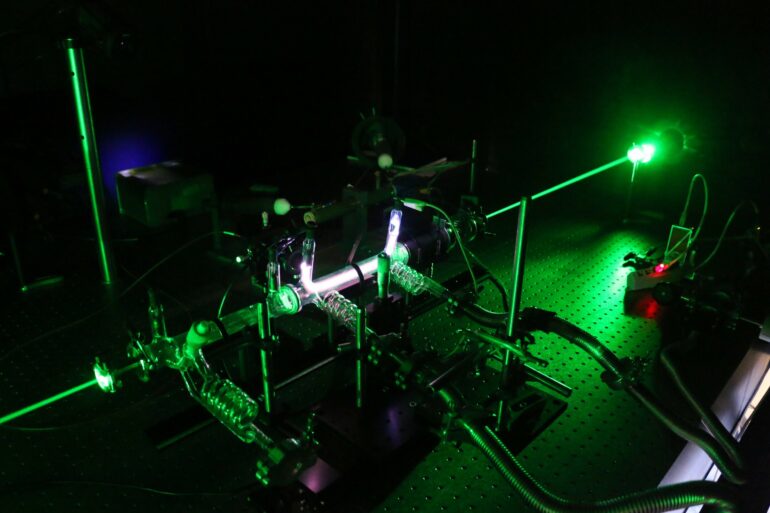 An international team of researchers came up with a plasma-based way to produce and separate oxygen within the Martian environment. It’s a complementary approach to NASA’s Mars Oxygen In-Situ Resource Utilization Experiment, and it may deliver high rates of molecule production per kilogram of instrumentation sent to space.

Such a system could play a critical role in the development of life-support systems on Mars and the feedstock and base chemicals necessary for processing fuels, building materials, and fertilizers.

In the Journal of Applied Physics, the team from the University of Lisbon, the Massachusetts Institute of Technology, Sorbonne University, Eindhoven University of Technology, and the Dutch Institute for Fundamental Energy Research presented a method for harnessing and processing local resources to generate products on Mars. Natural conditions on the red planet are nearly ideal for in situ resource utilization by plasmas, since the atmosphere is primarily formed by carbon dioxide that can be split to produce oxygen and its pressure is favorable for plasma ignition.

Two big hurdles stand in the way of producing oxygen on Mars.

“First, the decomposition of carbon dioxide molecules to extract oxygen. It’s a very difficult molecule to break,” said author Vasco Guerra, of the University of Lisbon. “Second, the separation of the produced oxygen from a gas mixture that also contains, for example, carbon dioxide and carbon monoxide. We’re looking at these two steps in a holistic way to solve both challenges at the same time. This is where plasmas can help.”

Plasma is the fourth natural state of matter, and it contains free charged particles, such as electrons and ions. Electrons are light and easily accelerated up to very high energies with electric fields.

“When bulletlike electrons collide with a carbon dioxide molecule, they can directly decompose it or transfer energy to make it vibrate,” Guerra said. “This energy can be channeled, to a large extent, into carbon dioxide decomposition. Together with our colleagues in France and the Netherlands, we experimentally demonstrated the validity of these theories. Moreover, the heat generated in the plasma is also beneficial for the separation of oxygen.”

Oxygen is key to creating a breathable environment, as well as the starting point to produce fuels and fertilizers for future Martian agriculture. Local production of fuels will be important for future missions. All are essential for future human settlement on Mars.