Infant stars identified at the center of our galaxy 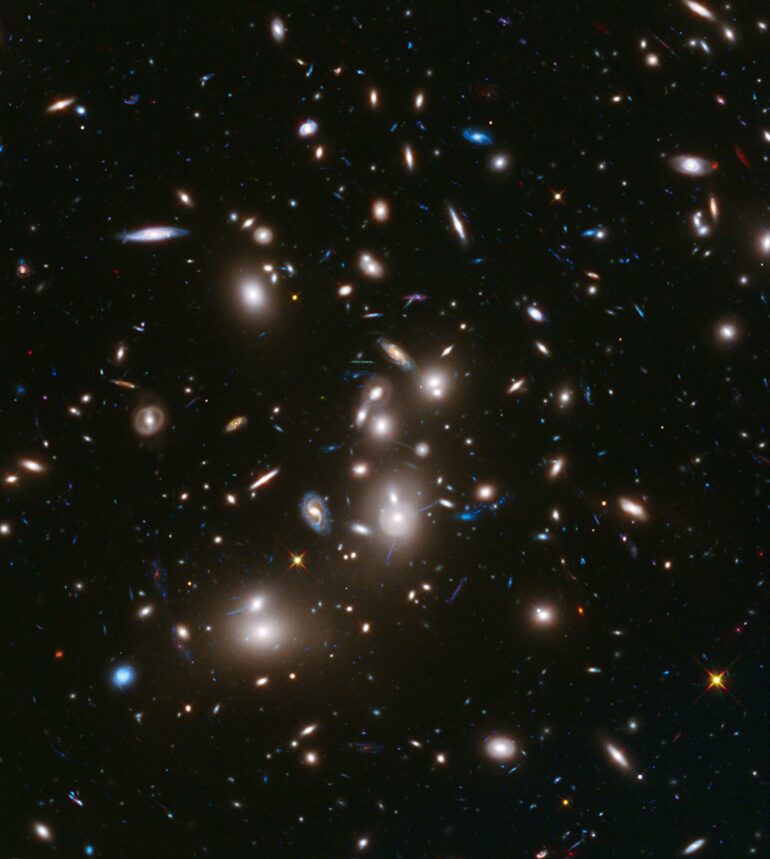 What was previously identified as a gas and dust cloud at the center of our galaxy actually consists of three very young stars. That is the result of a new study led by scientists from the University of Cologne’s Institute of Astrophysics. The European Southern Observatory’s Very Large Telescope (VLT)—a telescope with mirror diameters of 8.20 meters on the summit of Cerro Paranal in Chile—provided the data for the study, which has appeared in The Astrophysical Journal. The stars began to form less than 1 million years ago, which is very young in astrophysical terms. By comparison, our sun is just under 5 billion years old.

In 2011, an object was found by means of the infrared data measured by the Very Large Telescope, promising to reveal an unprecedented process at the center of our galaxy. Based on a multi-wavelength analysis, scientists determined that it must be a cloud of gas and dust, which was named G2. The interaction with the black hole at the center of our galaxy, SgrA*, should have torn G2 apart and caused proverbial fireworks. The researchers assumed that when G2 collided with SgrA*, various processes would cause the gas and dust to make the black hole flare up. But that did not happen.

In addition, there were other factors that gave astronomers around the world a headache and fuelled controversial discussions. Studies showed that the temperature of G2 is almost twice as high as that of surrounding dust sources. One possible explanation for G2’s temperature is the extreme number of stars at the center of our galaxy. So these stars could have heated up G2. The only question is why all other known dust sources at the center of the galaxy show a much lower temperature. The black hole, SgrA*, was also ruled out as a heat source. The temperature of G2 should have increased the closer the supposed dust cloud came to the black hole—like we would feel if we approached a radiator. However, the temperature remained constant over a long period of time, although the distance to the black hole varied. The more closely G2 was observed around the world, the more it became apparent that the cosmic object had to be more than just a cloud of gas and dust.

The new results show that G2 actually consists of three individual stars. “We had the opportunity to observe the center of our galaxy ourselves several times with the Very Large Telescope. Together with the data from the Southern Observatory archive, we were able to cover a period from 2005 to 2019,” said lead author Dr. Florian Peißker from the Institute of Astrophysics. The unusual structure of the data was also helpful in locating G2. Each pixel of the captured image has an associated spectrum that covers a very specific and detailed waveband. For the scientists, this offers an enormous level of detail. “That G2 actually consists of three evolving young stars is sensational. Never before have stars younger than the ones found been observed around SgrA*,” Peißker said.

The results open the door to many more fascinating research questions—for example where these young stars come from. The radiation-intensive environment of a supermassive black hole is not necessarily the best place to produce young stars. Peißker concludes, “The new results provide unique insights into how black holes work. We can use the environment of SgrA* as a blueprint to learn more about the evolution and processes of other galaxies in completely different corners of our Universe.”


Citation:
Infant stars identified at the center of our galaxy (2021, December 10)