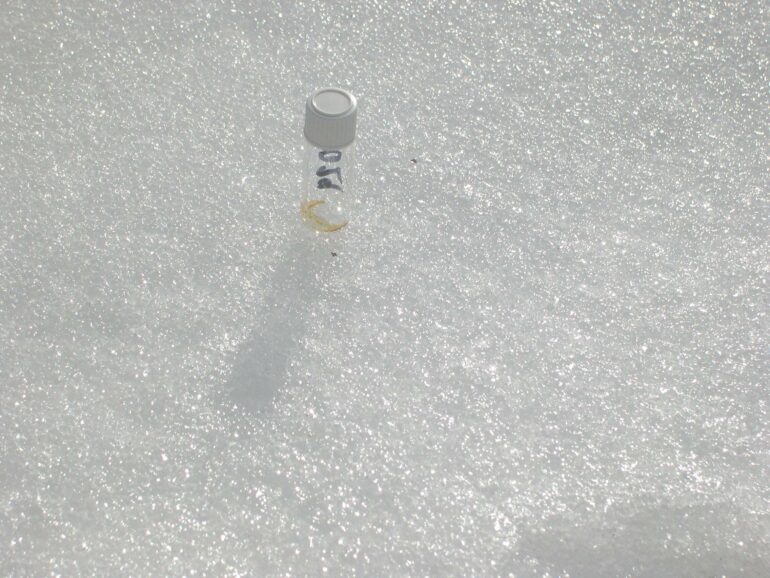 A new study led by Southwest Research Institute Research Scientist Dr. Danna Qasim posits that interstellar cloud conditions may have played a significant role on the presence of key building blocks of life in the solar system.

“Carbonaceous chondrites, some of the oldest objects in the universe, are meteorites that are thought to have contributed to the origins of life. They contain several different molecules and organic substances, including amines and amino acids, which are key building blocks of life that were critical to creating life on Earth. These substances are necessary to create proteins and muscle tissue,” Qasim said.

Most meteorites are fragments of asteroids that broke apart long ago in the asteroid belt, located between Mars and Jupiter. Such fragments orbit the sun—sometimes for millions of years—before colliding with Earth.

One of the questions Qasim and others are trying to answer is how amino acids got into the carbonaceous chondrites in the first place. Because most meteorites come from asteroids, scientists have attempted to reproduce amino acids by simulating asteroid conditions in a laboratory setting, a process called “aqueous alteration”.

“That method hasn’t been 100% successful,” Qasim said. “However, the make-up of asteroids originated from the parental interstellar molecular cloud, which was rich in organics. While there’s no direct evidence of amino acids in interstellar clouds, there is evidence of amines. The molecular cloud could have provided the amino acids in asteroids, which passed them on to meteorites.”

“I created ices that are very common in the cloud and irradiated them to simulate the impact of cosmic rays,” explained Qasim, who conducted the experiment while working at NASA’s Goddard Space Flight Center in Greenbelt, Maryland, between 2020 and 2022. “This caused the molecules to break up and recombine into larger molecules, which ultimately created an organic residue.”

Qasim then processed the residue again by recreating asteroid conditions through aqueous alteration and studied the substance, looking for amines and amino acids.

“Essentially we have to consider both the interstellar cloud conditions and processing by the asteroid to best interpret the distribution,” she said.

Qasim looks forward to studies of asteroid samples from missions such as OSIRIS-REx, which is currently on its way back to Earth to deliver samples from the asteroid Bennu here in September, and Hayabusa2, which recently returned from the asteroid Ryugu, to better understand the role the interstellar cloud played in distributing the building blocks of life.

“When scientists study these samples, they’re typically trying to understand what the asteroid processes are influencing, but it’s clear we now need to address how the interstellar cloud is also influencing distribution of the building blocks of life,” Qasim said.

The work is published in the journal ACS Earth and Space Chemistry.