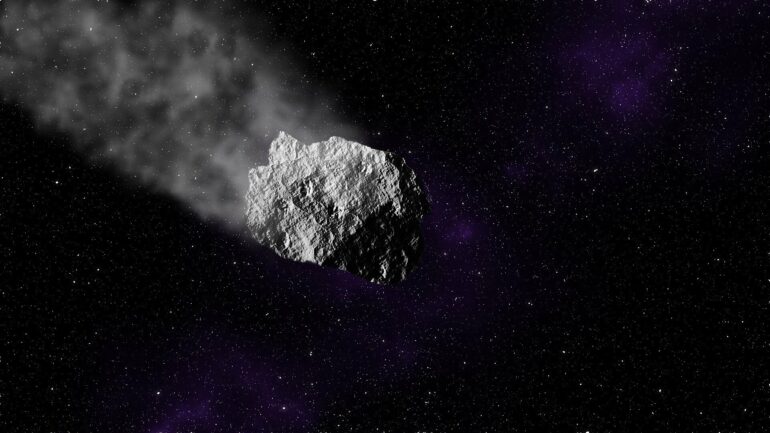 A “potentially hazardous” asteroid measuring more than a mile long will zoom past Earth this week, the largest asteroid expected to get relatively close to our planet in 2022.

The asteroid, named 1989 JA, is estimated to be 1.1 miles long, or 5,905 feet, according to NASA’s Center for Near Earth Object Studies. For reference, the asteroid is twice the size of the Burj Khalifa in Dubai, the tallest building in the world.

An asteroid that large could cause catastrophe on Earth, but there is no need to worry. When 1989 JA makes its closest approach to Earth on Friday, it will be 2.5 million miles away, or about 10 times the distance to the moon and the closest it has ever been to Earth.

“To provide some context, that is 17 times the speed of a bullet through the air. At this speed, the asteroid could travel around the planet Earth in 45 minutes,” Marchis said.

Discovered in 1989 by astronomer Eleanor Helin at the Palomar Observatory in Southern California, the asteroid is labeled “potentially hazardous” because it is an Apollo asteroid, meaning it crosses Earth’s orbit.

This week will mark the closest the asteroid gets to Earth in the next 172 years, NASA projects.

Though 1989 JA won’t strike Earth, NASA is preparing for the possibility that a catastrophic-sized asteroid is on target to hit the planet. The agency launched the Double Asteroid Redirection Test, or DART, on Nov. 25, with the goal of testing to see if it is possible to knock an asteroid off its path.

The Virtual Telescope Project will livestream the asteroid flying past Earth on Thursday and Friday in partnership with Telescope Live. The livestream will air from Chile on Thursday at 7 p.m. EST and from Argentina on Friday at 9 a.m. EST.