Looking to move to a galaxy far, far away? An innovative system evaluates habitability of distant planets 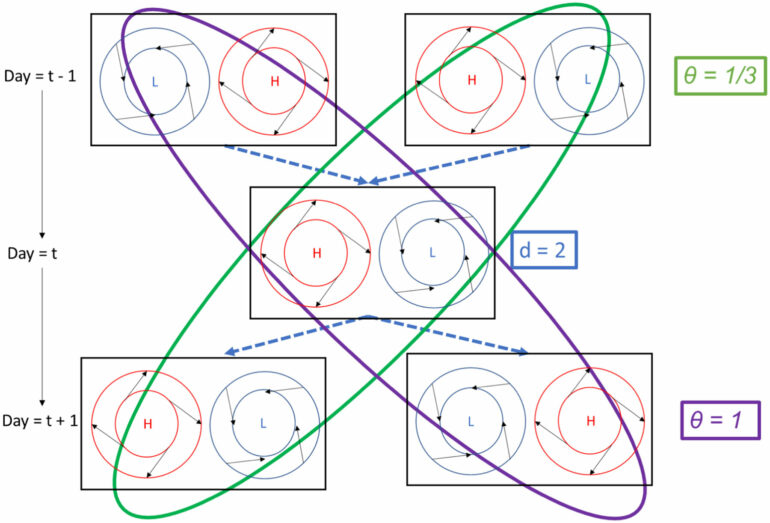 The climate crisis presents a huge challenge to all people on Earth. It has led many scientists to look for exo-planets, planets outside our solar system that humans could potentially settle. The James Webb Space Telescope was developed as part of this search to provide detailed observational data about Earth-like exo-planets in the coming years.

A new project, led by Dr. Assaf Hochman at the Fredy & Nadine Herrmann Institute of Earth Sciences at the Hebrew University of Jerusalem (HU), in collaboration with Dr. Paolo De Luca at the Barcelona Supercomputing Center and Dr. Thaddeus D. Komacek at the University of Maryland, has successfully developed a framework to study the atmospheres of distant planets and locate those planets fit for human habitation, without having to visit them physically. Their joint research study was published in The Astrophysical Journal.

Classifying climate conditions and measuring climate sensitivity are central elements when assessing the viability of exoplanets as potential candidates for human habitation. In the current study, the research team examined TRAPPIST-1e, a planet located some 40 light years from the Earth and scheduled to be documented by the James Webb Space Telescope in the coming year.

The researchers looked at the sensitivity of the planet’s climate to increases in greenhouse gases and compared it with conditions on Earth. Using a computerized simulation of the climate on TRAPPIST-1e, they could assess the impact of changes in greenhouse gas concentration.

The study focused on the effect of an increase in carbon dioxide on extreme weather conditions, and on the rate of changes in weather on the planet. “These two variables are crucial for the existence of life on other planets, and they are now being studied in depth for the first time in history,” explained Hochman.

According to the research team, studying the climate variability of Earth-like exo-planets provides a better understanding of the climate changes we are currently experiencing on Earth. Additionally, this kind of research offers a new understanding of how planet Earth’s atmosphere might change in the future.

Hochman and his research partners found that planet TRAPPIST-1e has a significantly more sensitive atmosphere than planet Earth. They estimate that an increase in greenhouse gases there could lead to more extreme climate changes than we would experience here on Earth because one side of TRAPPIST-1e constantly faces its own sun, in the same way, that our moon always has one side facing the Earth.

As Hochman concluded that “the research framework we developed, along with observational data from the Webb Space Telescope, will enable scientists to efficiently assess the atmospheres of many other planets without having to send a space crew to visit them physically. This will help us make informed decisions in the future about which planets are good candidates for human settlement and perhaps even to find life on those planets.”

Provided by
Hebrew University of Jerusalem


Citation:
Looking to move to a galaxy far, far away? An innovative system evaluates habitability of distant planets (2022, October 20)