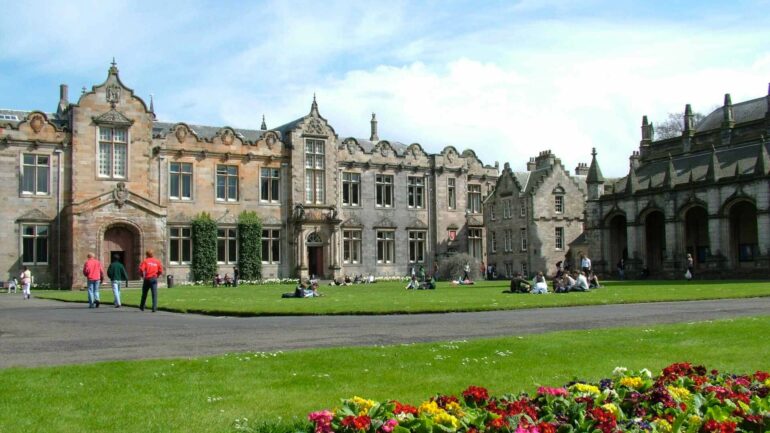 A study into the zinc isotope composition of meteorites by researchers from the University of St Andrews suggests that material from the outer solar system was an important source of volatile elements during the formation of the Earth.

The question of the origin of the volatile elements present on Earth is fundamental to understanding the evolution of our planet. The study, carried out by researchers in the University’s School of Earth and Environmental Sciences, in collaboration with workers at the Institut de Physique du globe de Paris and Université Clermont Auvergne shows, for the first time, that there is a difference between the zinc isotope composition of meteorites that formed in the inner solar system and those formed in the outer solar system.

Dr. Paul Savage, senior lecturer at the School of Earth and Environmental Sciences, explains: “This is important because zinc is a moderately volatile element—and to date, the most volatile element in which such unique isotopic signatures have been detected in meteorites. If we compare these meteorite compositions to Earth’s zinc isotope composition, we see that Earth plots between the two groups and therefore Earth’s zinc inventory is a mixture of both inner and outer solar system material. This points to both reservoirs as important sources of Earth’s volatile element inventory.”

The findings imply that the Earth must have accreted five to six percent of its global mass from material supposedly from the outer solar system—the part of the solar system beyond the “snow line,” where the giant planets are dominated by gases and volatiles.

Dr. Savage said: “Meteorites, as well as being fascinating and beautiful extra-terrestrial objects, are important scientific samples because their chemistries reflect the earliest solids that formed in our solar system. We can use the compositions of meteorites to tell us about the processes and timescales of planet formation, as well as providing us insights into the types and sources of materials that accreted to form our own planet.

The study shows that, even though only a small proportion of Earth’s total mass can come from the outer solar system, this material needs to be volatile-enriched, delivering around a third of Earth’s total zinc budget. Elements more volatile than zinc were likely even more enriched in this outer solar system material, and therefore this reservoir was an even more significant source for Earth’s volatile element inventory.

“Studies like ours add new insights into how and from where planets accrete the sorts of elements that are crucial to supporting life—but more broadly, it gives us more clues as to how our early solar system behaved. We can apply these findings to understand how other planetary systems behave and if newly discovered exoplanets might have the sort of elements that can also support life.”

In future, this isotope system can be applied to other bodies in the solar system from which we have samples, such as the moon and Mars, to place further constraints on the transport and delivery of moderately volatile elements in the solar system. Furthermore, these isotope variations can be used to work out the sorts of stellar environments that generated these elements and injected them into the pre-solar nebula.

A new method to detect exoplanets