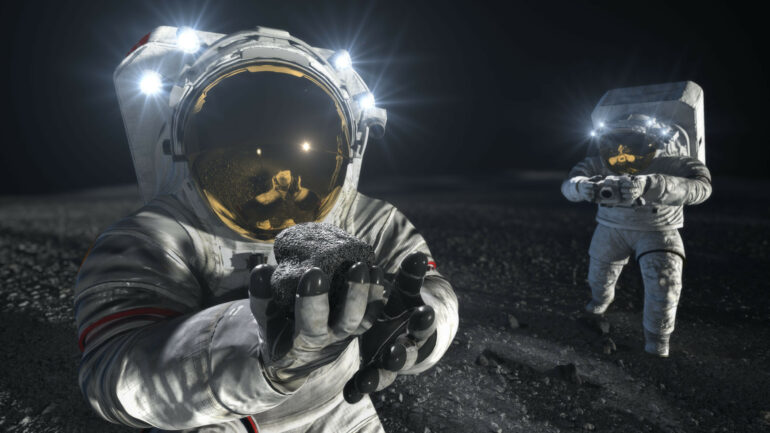 NASA on Wednesday announced it has awarded contracts to two companies to develop the next generation of spacesuits for missions to the International Space Station and the Moon.

The winners of the Extravehicular Activity Services (xEVAS) Contract were Axiom Space—which has organized commercial flights to the ISS and is working on its own private space station—and Collins Aerospace.

“History will be made with the suits when we get to the Moon. We will have our first person of color and our first woman that will be wearers and users of these suits in space,” Vanessa Wyche, director of NASA Johnson Space Center in Houston told reporters.

The values of the contracts have not yet been announced but they have a combined ceiling of $3.5 billion through 2034.

NASA could end up picking both companies, just one, or add more companies later.

Experts at the US space agency laid out the technical standards they required of the suits, with the companies responsible for designing, certifying and producing the suits as well as support equipment for both the ISS and the Artemis missions to return to the Moon.

“The existing spacesuit has been the workhorse for the agency for 40 years,” said Dina Contella, operations integration manager for the ISS.

The next generation will be more flexible, versatile and durable.

NASA originally wanted to build the suits itself, but began transitioning to industry partners after the agency’s auditor said the suit was facing significant development delays.