NASA explains the mission to bring samples of Mars soil, rock and atmosphere back to Earth 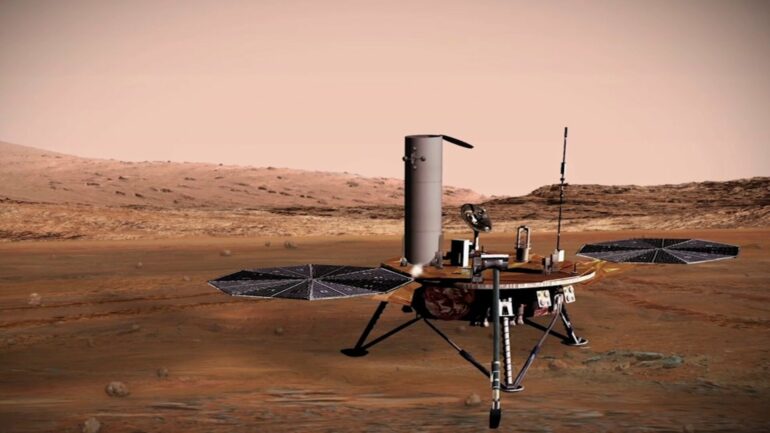 NASA’s Mars Sample Return Mission aims to bring 30 samples of rock, soil and atmosphere now being collected by the Perseverance rover back to Earth sometime in the early 2030s. The goal is to look for signs of past life and also to find out more about the Red Planet before humans visit it.

The Philadelphia Inquirer reached out to NASA’s Jet Propulsion laboratory with questions derived from comments members of the public posed after a presentation in May by NASA about the mission. Mars Sample Return scientists Michael Meyer and Lindsay Hays responded.

Why can’t samples be sterilized before returning to Earth?

A significant portion of the science would be lost if the samples were sterilized. An example would be destruction of organic compounds that may be potential biosignatures, which is one of the major reasons for returning samples.

Why can’t the work be done on the space station or out of Earth’s atmosphere?

The major driver for returning samples is to make Martian material available to the best instruments in laboratories around the world. Because of the challenges of instrumentation in space, including mass, power and volume, any spacecraft instrumentation represents a compromise in capability. Furthermore, space is a challenging environment for manipulating samples, precluding some key measurement capabilities, such as extraction, which would decrease the science value of the samples.

Are you able to perform some type of test up front to make sure the samples are safe before returning them to Earth?

If there was a test, i.e., a tricorder, we would do it. That being said, even the best of tests gives us good, but ultimately insufficient, data to alter our containment protocol; a series of tests must be done to demonstrate safety. Note that we are treating the samples with the utmost care—as if they were not safe—until we can prove that they are.

Read: NASA says its plan to bring Mars samples back to Earth is safe, but some people are worried

Mars certainly seems inhospitable, but has NASA assigned a probability that the samples could contain some sort of life/microbe?

Mars has been shown to be inhospitable, and that has changed our view of the potential of forward contamination (how likely is it that we would contaminate Mars). And yes, in our mind, the extreme environment of Mars does decrease the odds that there is life on the surface of Mars. The fact that Mars meteorites are landing on Earth all the time does suggest that we have little to worry about. However, we don’t know for sure and so will take all precautions and keep Mars material contained until we show that they are safe.

This wouldn’t be undertaken until the 2030s, and a biosafe facility would be built for it, correct?

Yes, a facility will be built to contain the samples and to distribute subsets of the samples that are determined to be safe, either by sterilizing the sample subset or by using the cumulative results of measurements to conclude the samples are safe.

Citation:
NASA explains the mission to bring samples of Mars soil, rock and atmosphere back to Earth (2022, July 4)