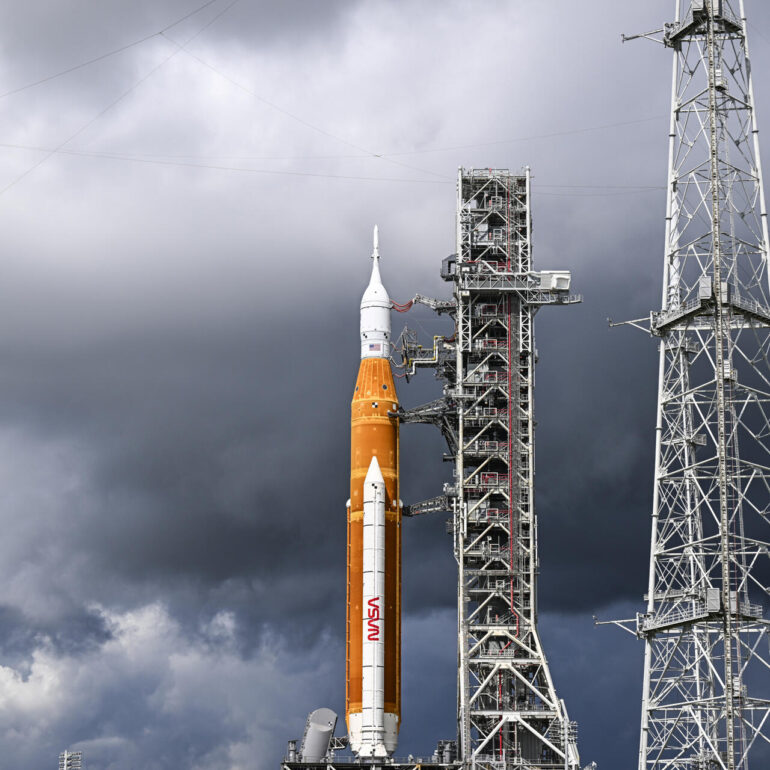 NASA is looking at September 23 and September 27 as possible dates for its next attempt at launching its Artemis 1 mission to the Moon, senior official Jim Free told reporters Thursday.

The launch window for the 23rd would open at 6:47am (1047 GMT), while the 27th would open at 11:37am (1537 GMT), added Free, associate administrator for the agency’s exploration systems development directorate.

The dates were chosen to avoid a conflict with the DART mission, in which a probe will strike an asteroid on September 26 to test its ability to divert the object.

Both missions require use of an international array of antennas called the Deep Space Network.

The launch dates still depend, however, on NASA receiving a special waiver to avoid retesting batteries on an emergency flight system that is used to destroy the rocket if it strays from its designated range to a populated area.

If it does not receive the waiver, the rocket will have to be wheeled back to its assembly building, pushing the timeline back several weeks.

Mike Bolger, exploration ground systems manager, added that teams were working to replace seals to fix the hydrogen leak issue—work that could be completed by the end of Thursday, which would pave the way for a tanking test on September 17.

The Artemis 1 space mission hopes to test the SLS as well as the unmanned Orion capsule that sits atop, in preparation for future Moon-bound journeys with humans aboard.

Once launched, it will take several days for the spacecraft to reach the Moon, flying around 60 miles (100 kilometers) at its closest approach.

The capsule will fire its engines to get to a distant retrograde orbit (DRO) of 40,000 miles beyond the Moon, a record for a spacecraft rated to carry humans.

The trip is expected to last several weeks, and one of its main objectives is to test the capsule’s heat shield, which at 16 feet (5 meters) in diameter is the largest ever built.

The next mission, Artemis 2, will take astronauts to the Moon without landing on its surface, while the third—set for the mid-2020s—would see the first woman and person of color on lunar soil.

NASA wants to build a lunar space station called Gateway and keep a sustained presence on the Moon to gain insight into how to survive very long space missions, ahead of a mission to Mars in the 2030s.