NASA finalizes plans for its next cosmic mapmaker 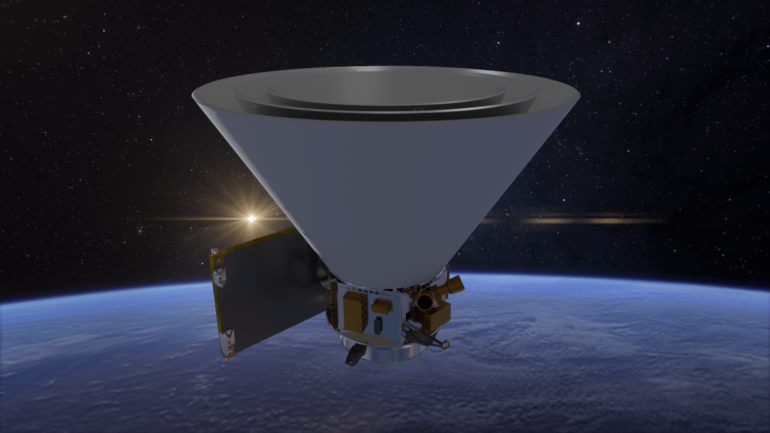 NASA’s upcoming SPHEREx mission will have some similarities with the James Webb Space Telescope. But the two observatories will take dramatically different approaches to studying the sky.

The SPHEREx mission will be able to scan the entire sky every six months and create a map of the cosmos unlike any before. Scheduled to launch no later than April 2025, it will probe what happened within the first second after the Big Bang, how galaxies form and evolve, and the prevalence of molecules critical to the formation of life, like water, locked away as ice in our galaxy. Achieving these goals will require cutting-edge technology, and NASA has this month approved final plans for all the observatory’s components.

“We’re at the transition from doing things with computer models to doing things with real hardware,” said Allen Farrington, SPHEREx project manager at NASA’s Jet Propulsion Laboratory in Southern California, which manages the mission. “The design for the spacecraft, as it stands, is confirmed. We have shown that it’s doable down to the smallest details. So now we can really start building and putting things together.”

To answer big questions about the universe, scientists need to look at the sky in different ways. Many telescopes, like NASA’s Hubble Space Telescope, are built to focus on individual stars, galaxies, or other cosmic objects, and to study them in detail. But SPHEREx (which stands for Spectro-Photometer for the History of the Universe, Epoch of Reionization and Ices Explorer) belongs to another class of space telescopes that quickly observe large portions of the sky, surveying many objects in a short period of time. SPHEREx will scan over 99% of the sky every six months; by contrast, Hubble has observed about 0.1% of the sky in more than 30 years of operations. Although survey telescopes like SPHEREx can’t see objects with the same level of detail as targeted observatories, they can answer questions about the typical properties of those objects throughout the universe.

For example, NASA’s recently launched James Webb Space Telescope will target individual exoplanets (planets outside our solar system), measuring their size, temperature, weather patterns, and makeup. But do exoplanets, on average, form in environments that are conducive to life as we know it? With SPHEREx, scientists will measure the prevalence of life-sustaining materials like water that reside in icy dust grains in the galactic clouds from which new stars and their planetary systems are born. Astronomers believe the water in Earth’s oceans, thought to be essential to life starting on Earth, originally came from such interstellar material.

“It’s the difference between getting to know a few individual people, and doing a census and learning about the population as a whole,” said Beth Fabinsky, deputy project manager for SPHEREx at JPL. “Both types of studies are important, and they complement each other. But there are some questions that can only be answered through that census.”

SPHEREx and Webb differ not only in their approach to studying the sky but in their physical parameters. Webb is the largest telescope to ever fly in space, with a 21.3-foot (6.5-meter) primary mirror to capture the highest-resolution images of any space telescope in history. The observatory protects its sensitive instruments from the sun’s blinding light with a sunshield that’s as big as a tennis court. SPHEREx, on the other hand, has an 8-inch primary mirror and a sunshield that is just 10.5 feet (3.2 meters) across.

But both observatories will collect infrared light—wavelengths outside the range that human eyes can detect. Infrared is sometimes called heat radiation because it is emitted by warm objects, which is why it’s used in night vision equipment. The two telescopes will also both use a technique called spectroscopy to break infrared light into its individual wavelengths, or colors, just like a prism breaks sunlight into its component colors. Spectroscopy is what enables both SPHEREx and Webb to reveal what an object is made of, because individual chemical elements absorb and radiate specific wavelengths of light.

In order to pursue big-picture questions, the SPHEREx team first had to answer more practical ones, such as whether the instrument on board could survive the environment in space, and if all its components could be packed together and operate as a system. Last month, the team’s final plans were approved by NASA, a step that the agency calls critical design review or CDR. This marks a major milestone for the mission on the way to launch.

“COVID continues to be a big challenge for us in developing new space projects. Everything the country went through over the past year, from supply chain disruptions to working at home with kids, we’ve gone through as well,” said SPHEREx Principal Investigator James Bock, who is a scientist at JPL and Caltech in Pasadena, California. “It’s really incredible to be part of a team that has handled these difficulties with enthusiasm and a seemingly unlimited supply of determination.”

More about the mission

Scientists envision what Mars would look like as an exoplanet

SPHEREx is managed by JPL for NASA’s Science Mission Directorate in Washington. The mission’s principal investigator is based at Caltech, which manages JPL for NASA and will also develop the payload in collaboration with JPL. Ball Aerospace in Boulder, Colorado, will supply the spacecraft. The Korea Astronomy and Space Science Institute (KASI) is an instrument and science partner for the mission. Data will be processed and archived at IPAC at Caltech. The SPHEREx science team includes members from 10 institutions across the U.S. and South Korea.


Citation:
NASA finalizes plans for its next cosmic mapmaker (2022, March 24)