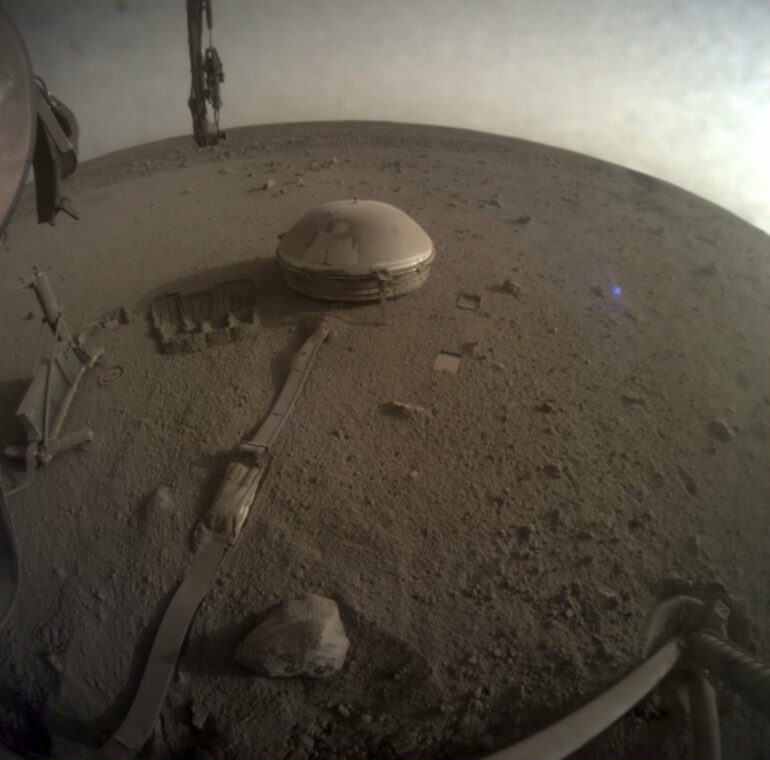 It could be the end of the red dusty line for NASA’s InSight lander, which has fallen silent after four years on Mars.

The lander’s power levels have been dwindling for months because of all the dust coating its solar panels. Ground controllers at California’s Jet Propulsion Laboratory knew the end was near, but NASA reported that InSight unexpectedly didn’t respond to communications from Earth on Sunday.

“It’s assumed InSight may have reached the end of its operations,” NASA said late Monday, adding that its last communication was Thursday. “It’s unknown what prompted the change in its energy.”

The team will keep trying to contact InSight, just in case.

InSight landed on Mars in 2018 and was the first spacecraft to document a marsquake. It detected more than 1,300 marsquakes with its French-built seismometer, including several caused by meteoroid strikes. The most recent marsquake sensed by InSight, earlier this year, left the ground shaking for at least six hours, according to NASA.

Just last week, scientists revealed that InSight scored another first, capturing a Martian dust devil not just in pictures, but sound. In a stroke of luck, the whirling column of dust blew directly over the lander in 2021 when its microphone was on.

The lander’s other main instrument, however, encountered nothing but trouble.

A German digging device—meant to measure the temperature of Mars’ interior—never made it deeper than a couple feet (half a meter), well short of the intended 16 feet (5 meters). NASA declared it dead nearly two years ago.

InSight recently sent back one last selfie, shared by NASA via Twitter on Monday.

“My power’s really low, so this may be the last image I can send,” the team wrote on InSight’s behalf. “Don’t worry about me though: my time here has been both productive and serene. If I can keep talking to my mission team, I will—but I’ll be signing off here soon. Thanks for staying with me.”

NASA still has two active rovers on Mars: Curiosity, roaming the surface since 2012, and Perseverance, which arrived early last year.

Perseverance is in the midst of creating a sample depot; the plan is to leave 10 tubes of rock cores on the Martian surface as a backup to samples on the rover itself. NASA plans to bring some of these samples back to Earth in a decade, in its longtime search for signs of ancient microscopic life on Mars.

Perseverance also has a companion: a mini helicopter named Ingenuity. It just completed its 37th flight and has now logged more than an hour of Martian flight time.