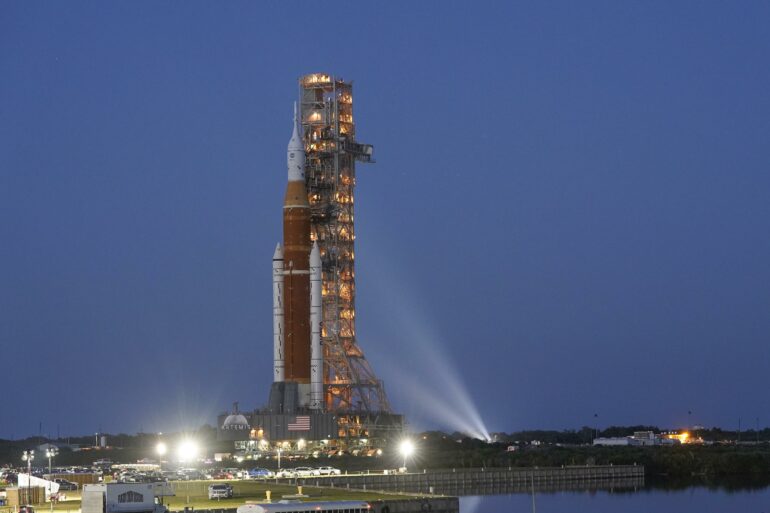 Officials said Monday it will be challenging to meet a launch window in early to mid-June. The next opportunity to send an empty capsule to the moon on a test flight would be at the end of June or July.

The 30-story Space Launch System rocket has been on the pad at Kennedy Space Center for the past month. It will return to the hangar next week for valve and fuel leak repairs. The problems cropped up earlier this month, preventing NASA from filling the rocket’s fuel tanks for a critical dress rehearsal.

The rocket will likely spend weeks in the hangar before heading back to the pad for a testing redo, said launch director Charlie Blackwell-Thompson.

Managers are considering various options for getting back on track.

NASA wants this test flight under its belt before putting astronauts on board for the second launch, a lunar flyaround targeted for 2024. The third mission would attempt to land astronauts on the moon around 2025, more than a half-century after NASA’s Apollo moonshots,

Astronomers discover a rare ‘black widow’ binary, with the shortest orbit yet