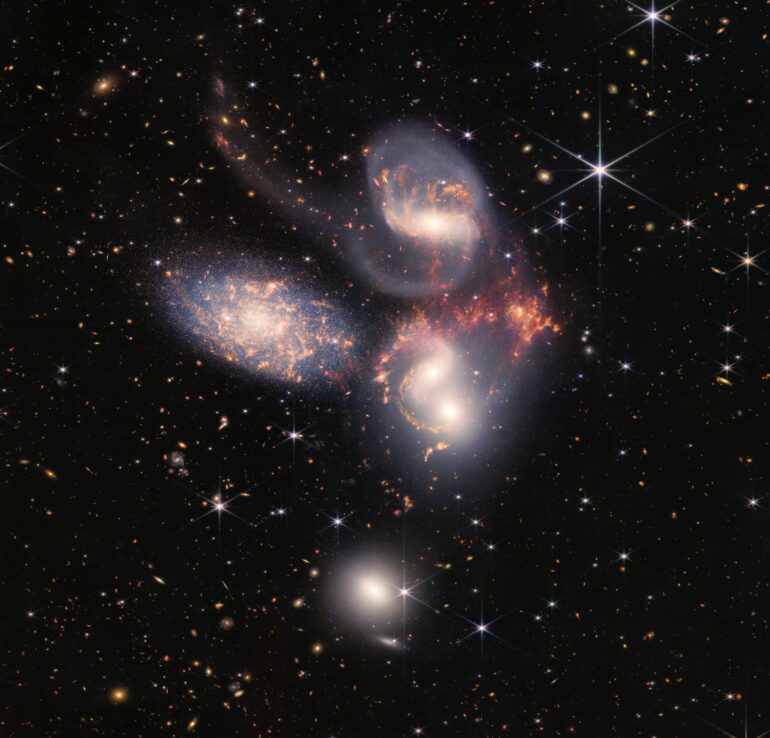 NASA had a banner year in 2022, with many successful missions in what was one of the organization’s most active years in decades.

I’m a professor of astronomy who has used NASA telescopes for decades to do research in observational cosmology. I also have a keen interest in the role science plays in humanity’s expansion into space.

NASA’s missions over the past year have been remarkably far-ranging – from practicing how to protect the Earth to preparing for the first manned mission to Mars and learning about the earliest days in the universe. By working in the extremes, scientists are learning about and doing more in space than ever before.

Some NASA missions in 2022 focused on protecting or learning more about the Earth, while other missions were focused as far from Earth as possible.

Close to home, NASA nudged an asteroid off its trajectory, successfully demonstrating technology that could save the Earth if an
asteroid or comet was on a collision course with Earth.

The Double Asteroid Redirection Test, or DART, slammed the 1,340-pound (610-kilogram) DART spacecraft into an 11 billion-pound (5 billion-kilogram) asteroid called Dimorphos. Dimorphos is the smaller of a pair of asteroids that flew past Earth last year. The impact happened 6 million miles (11.7 million kilometers) from Earth and altered the asteroid’s orbit by a small but measurable amount.

Dimorphos and its twin, Didymos, were never a threat to humanity, but NASA tracks potentially hazardous near-Earth objects for a reason, and DART showed that it would be possible to protect the Earth from an asteroid impact.

NASA has also been studying water both near the Earth and in distant solar systems. On Dec. 16, 2022, a Space-X rocket carried NASA’s Surface Water and Ocean Topography satellite into orbit. This satellite will be looking down at Earth for three years in an attempt to survey nearly all the water on the Earth’s surface. The resulting data will be crucial in understanding how climate change is altering the world’s oceans.

Looking out instead of down, NASA satellites also found two “water worlds” in a single star system 218 light years away. The planets are super-Earths, about 50% bigger than our planet, but they have thousands of times more water.

On average, the Earth’s oceans are about 2.5 miles (4 kilometers) deep. These two newly discovered exoplanets are covered in oceans 1,250 miles (2,000 kilometers) deep. The data astronomers are collecting on these planets is offering some of the best clues to date about these common super-Earths that may be more hospitable to life than the Earth.

Finally, the new James Webb Space Telescope has been looking for distant galaxies as far from Earth as possible. Distant light is old…