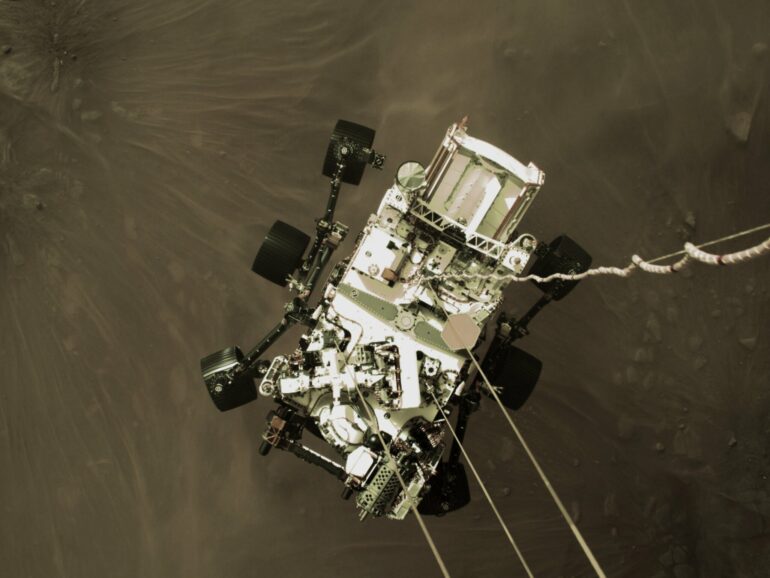 NASA’s Perseverance Mars rover is using its self-driving capabilities as it treks across Jezero Crater seeking signs of ancient life and gathering rock and soil samples for planned return to Earth.

With the help of special 3D glasses, rover drivers on Earth plan routes with specific stops, but increasingly allow the rover to “take the wheel” and choose how it gets to those stops. Perseverance’s auto-navigation system, known as AutoNav, makes 3D maps of the terrain ahead, identifies hazards, and plans a route around any obstacles without additional direction from controllers back on Earth.

Now the rover can drive through these more complex terrains, which helps Perseverance achieve its science goals and break driving records. The rover is traversing from an area near its landing site, “Octavia E. Butler Landing,” to an area where an ancient river flowed into a body of water and deposited sediments (known as a delta).