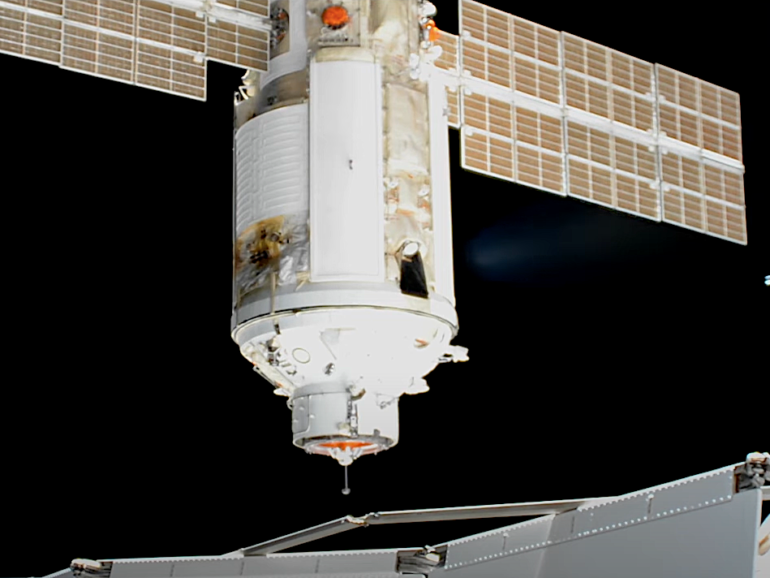 A Russian cargo craft carrying a new docking module successfully hooked up with the International Space Station Friday after a two-day space journey.

The new spherical module, named Prichal (Pier), docked with the orbiting outpost at 6:19 p.m. Moscow time (1519 GMT). It has six docking ports and will allow potential future expansion of the Russian segment of the station.

The module has moored to the docking port of the new Russian Nauka (Science) laboratory module.

On Wednesday, a Soyuz rocket took off from the Russian launch facility in Baikonur, Kazakhstan, carrying the Progress cargo ship with Prichal attached to it. After entering space, the cargo ship with the module went into orbit.

Progress is also delivering 700 kilos of various cargoes to the space station and is expected to undock from the station on Dec. 22.

The first Soyuz spacecraft is expected to dock at the new module on March 18, 2022, with a crew of three cosmonauts: Oleg Artemyev, Denis Matveev and Sergei Korsakov.

Earlier this week, the Russian crew on the station started training for the module’s arrival, simulating the use of manual controls in case the automatic docking system failed.

Moon lighting: partial lunar eclipse to be longest since 1440