Non-detection of key signal allows astronomers to determine what the first galaxies were, and weren’t, like 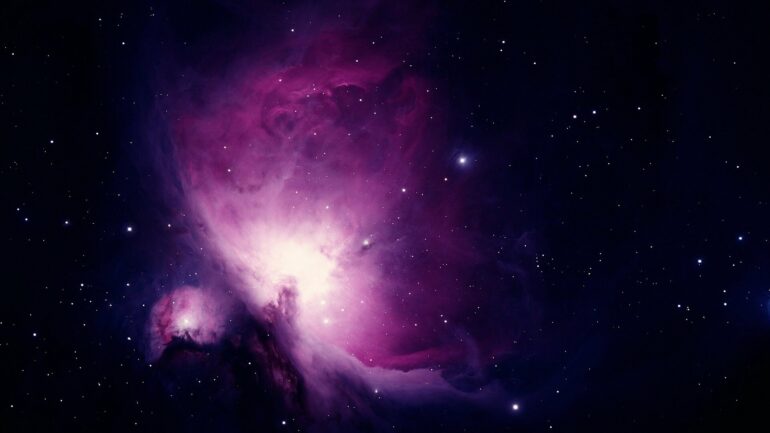 Researchers have been able to make some key determinations about the first galaxies to exist, in one of the first astrophysical studies of the period in the early universe when the first stars and galaxies formed, known as the cosmic dawn.

Using data from India’s SARAS3 radio telescope, researchers led by the University of Cambridge were able to look at the very early universe—just 200 million years after the Big Bang—and place limits on the mass and energy output of the first stars and galaxies.

Counterintuitively, the researchers were able to place these limits on the earliest galaxies by not finding the signal they had been looking for, known as the 21-centimeter hydrogen line.

This non-detection allowed the researchers to make other determinations about the cosmic dawn, placing restraints on the first galaxies, enabling them to rule out scenarios including galaxies which were inefficient heaters of cosmic gas and efficient producers of radio emissions.

While we cannot yet directly observe these early galaxies, the results, reported in the journal Nature Astronomy, represent an important step in understanding how our universe transitioned from mostly empty to one full of stars.

Understanding the early universe, when the first stars and galaxies formed, is one of the major goals of new observatories. The results obtained using the SARAS3 data are a proof-of-concept study that paves the way to understanding this period in the development of the universe.

The SKA project—involving two next-generation telescopes due to be completed by the end of the decade—will likely be able to make images of the early universe, but for current telescopes the challenge is to detect the cosmological signal of the first stars re-radiated by thick hydrogen clouds.

This signal is known as the 21-centimeter line—a radio signal produced by hydrogen atoms in the early universe. Unlike the recently launched JWST, which will be able to directly image individual galaxies in the early universe, studies of the 21-centimeter line, made with radio telescopes such as the Cambridge-led REACH (Radio Experiment for the Analysis of Cosmic Hydrogen), can tell us about entire populations of even earlier galaxies. The first results are expected from REACH early in 2023.

To detect the 21-centimeter line, astronomers look for a radio signal produced by hydrogen atoms in the early universe, affected by light from the first stars and the radiation behind the hydrogen fog. Earlier this year, the same researchers developed a method which they say will allow them to see through the fog of the early universe and detect light from the first stars. Some of these techniques have been already put to practice in the current study.

In 2018, another research group operating the EDGES experiment published a result that hinted at a possible detection of this earliest light. The reported signal was unusually strong compared to what is expected in the simplest astrophysical picture of the early universe. Recently, the SARAS3 data disputed this detection: the EDGES result is still awaiting confirmation from independent observations.

In a re-analysis of the SARAS3 data, the Cambridge-led team tested a variety of astrophysical scenarios which could potentially explain the EDGES result, but they did not find a corresponding signal. Instead, the team was able to place some limits on properties of the first stars and galaxies.

The results of the SARAS3 analysis are the first time that radio observations of the averaged 21-centimeter line have been able to provide an insight to the properties of the first galaxies in the form of limits of their main physical properties.

Working with collaborators in India, Australia and Israel, the Cambridge team used data from the SARAS3 experiment to look for signals from cosmic dawn, when the first galaxies formed. Using statistical modeling techniques, the researchers were not able to find a signal in the SARAS3 data.

“We were looking for a signal with a certain amplitude,” said Harry Bevins, a Ph.D. student from Cambridge’s Cavendish Laboratory and the paper’s lead author. “But by not finding that signal, we can put a limit on its depth. That, in turn, begins to inform us about how bright the first galaxies were.”

“Our analysis showed that the hydrogen signal can inform us about the population of first stars and galaxies,” said co-lead author Dr. Anastasia Fialkov from Cambridge’s Institute of Astronomy. “Our analysis places limits on some of the key properties of the first sources of light including the masses of the earliest galaxies and the efficiency with which these galaxies can form stars. We also address the question of how efficiently these sources emit X-ray, radio and ultraviolet radiation.”

“This is an early step for us in what we hope will be a decade of discoveries about how the universe transitioned from darkness and emptiness to the complex realm of stars, galaxies and other celestial objects we can see from Earth today,” said Dr. Eloy de Lera Acedo from Cambridge’s Cavendish Laboratory, who co-led the research.

The observational study, the first of its kind in many respects, excludes scenarios in which the earliest galaxies were both more than a thousand times as bright as present galaxies in their radio-band emission and were poor heaters of hydrogen gas.

“Our data also reveals something which has been hinted at before, which is that the first stars and galaxies could have had a measurable contribution to the background radiation that appeared as a result of the Big Bang and which has been traveling towards us ever since,” said de Lera Acedo, “We are also establishing a limit to that contribution.”

“It’s amazing to be able to look so far back in time—to just 200 million years after the Big Bang—and be able to learn about the early universe,” said Bevins.


Citation:
Non-detection of key signal allows astronomers to determine what the first galaxies were, and weren’t, like (2022, November 28)