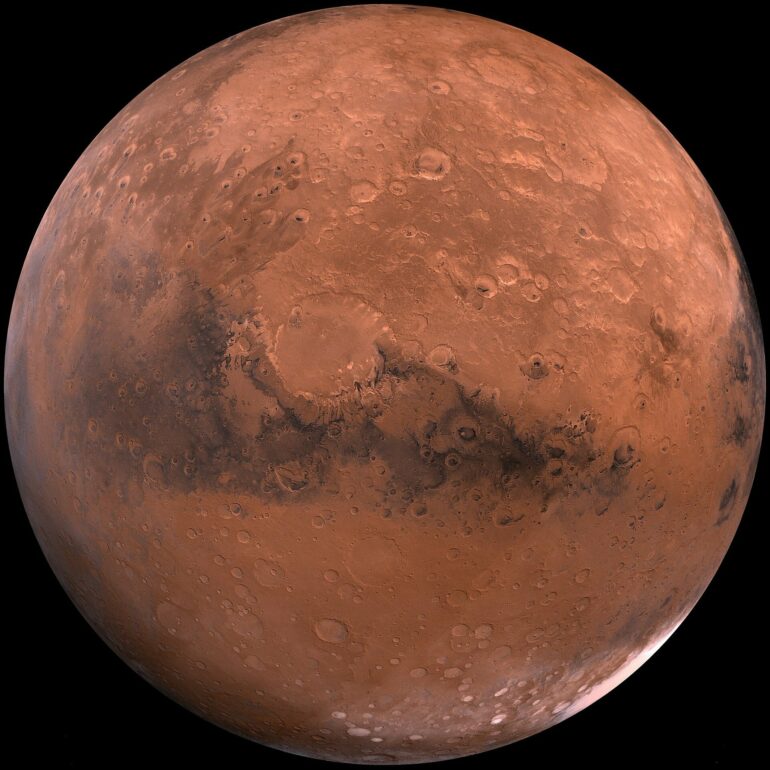 A team of researchers, led by Swinburne’s Professor Akbar Rhamdhani, has published the first detailed study of its kind on metal production on another planet.

The team are focused on metal extraction on Mars. They are developing a process that would take processed air, dirt and sunlight on Mars to create metallic iron. It uses concentrated solar energy as a heat source and carbon, which is produced by the cooling of CO gas—which is a by-product of oxygen production in the Mars atmosphere.

This oxygen production has been demonstrated on Mars, on the Perseverance rover, through the MOXIE (Mars Oxygen In-Situ Resource Utilization Experiment) NASA project. Hence, Swinburne’s metal extraction process is intended to be coupled with a future oxygen generator plant (one that is much larger than MOXIE) to co-produce oxygen and iron alloy, which can be used to create metals. This can then be used to further human mission and development on Mars.

Why do we need metals on other planets?

Launching technology into space is expensive, time-consuming, and bad for the environment. Producing resources from other planets allows for more efficient, cheaper, and more sustainable development in space.

This allows for greater human exploration and extension of technology, like satellites, that help gather data and solve problems back on Earth.

Professor Akbar Rhamdhani says, “We would like to develop a metal extraction process on Mars that is truly utilizing in-situ resources—without bringing reactants from Earth—to support further human mission and development on Mars.

“If you wanted to build something large on Mars without having to pay to launch everything from Earth (think large satellites, mars colonies, refueling depots and more), this could be a very valuable process.”

Elon Musk won’t have a board to watch him when he takes Twitter private – does that matter?

Swinburne director of the Space Technology and Industry Institute, Professor Alan Duffy, says, “Australia is committed to supporting NASA’s Return to the moon and going beyond to Mars in Project Artemis, and they will require the use of the resources of the moon and Mars to make that feasible. We are using Swinburne’s expertise and industry partnerships in resource extraction and processing to help make NASA’s vision of astronauts walking on the red planet that little bit easier. This work is one small step for metal processing, that can make a giant leap for humanity building off-world.”

Provided by
Swinburne University of Technology