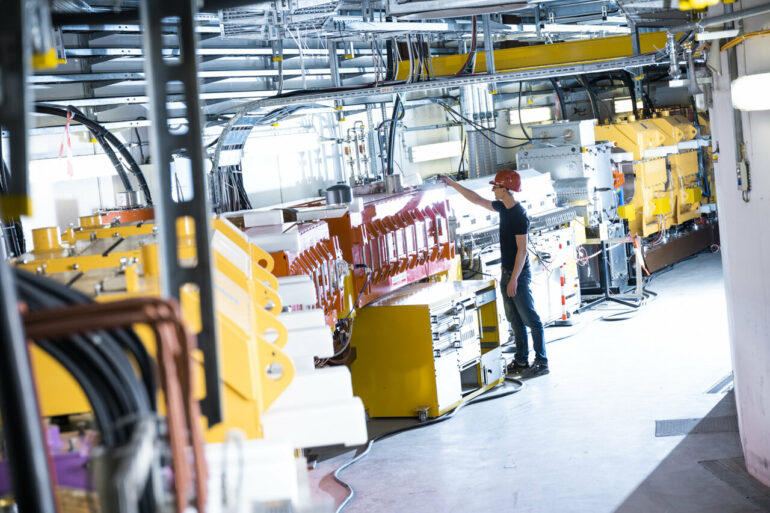 It is still a glimpse into the future: Astronauts could be put into artificial hibernation and in this state be better protected from cosmic radiation. At present, there are already promising approaches to follow up such considerations.

An international research team led by the Biophysics Department of the GSI Helmholtzzentrum in Darmstadt now has found decisive indications of the possible benefits of artificial hibernation for radiation resistance. The research partners from Germany, Japan, Italy, the UK and the USA have recently published their results in Scientific Reports.

Scientists call the state, which hibernating animals enter, torpor. In this state, life-supporting functions of an organism are reduced: Body temperature is lowered, metabolism is reduced and body functions such as heart rate and respiration rate or oxygen uptake are significantly slowed down.

At the molecular level, gene activity and protein biosynthesis are also reduced to a slower pace. In the study now published on synthetic torpor (i.e. a kind of artificially produced hibernation) and protection from ionizing radiation, the scientists demonstrated biological effects suggesting that synthetic torpor increases resistance to radiation. A proof that can be very useful in the long term for astronauts.

Space radiation is acknowledged as one of the main health risks for human space exploration. Harmful effects of space radiation are a major challenge, especially for future long-term missions. The majority of radiation dose absorbed by crews in manned interplanetary missions is produced by galactic cosmic radiation (GCR), high-energy charged particles, including densely ionizing heavy ions, produced in distant galaxies.

The energy of these particles is so high that shielding of the spacecraft cannot stop them and lead to exposure rates over 200 times higher than the radiation background on Earth over a very long period. For these reasons, radiation countermeasures for future missions are being investigated.

“The connections between torpor and radioresistance represent a highly innovative research approach. Our results indicate that synthetic torpor is a promising tool to enhance radioprotection in living organism during long-term space missions. It could thus be an effective strategy to protect humans as they explore the solar system,” summarizes Professor Marco Durante, Head of the GSI Biophysics Division.

In experiments at Japan’s Gunma University Heavy-ion Medical Center, accelerated carbon ions were used to simulate radiation in space. The other in vitro cell experiments were performed at the GSI/FAIR campus in Darmstadt and were part of the FAIR Phase 0 experimental period.

Furthermore, GSI scientists were able to characterize the underlying mechanism in their studies on rat tissue cells. They showed that lower oxygen concentration in the tissues (hypoxia) and reduced metabolism at low temperature (hypothermia) could be two important factors in the prevention of cell damage. The immunohistological analyses indicated that the synthetic torpor spares the tissue from energetic ion radiation. In addition, changes in metabolism at low temperatures could also affect DNA repair.

A lot of research is still needed to investigate and better understand the radioprotective effect of synthetic torpor in organs. Currently it is not possible technically to hibernate a human in a safe and controlled way. However, research is progressing. Only recently, the neuronal pathways that control torpor are been unraveled. Now the current publication adds another important component.

The Scientific Managing Director of GSI and FAIR, Professor Paolo Giubellino, emphasizes that the international accelerator center FAIR, currently under construction at GSI, will offer unique opportunities for research in the field of cosmic radiation.

“Already today, the GSI facility is able to produce beams of heavy nuclei as they occur in cosmic radiation. At FAIR, experiments with a much wider range of particle energies and intensities will be possible. This will allow researchers to study the effects of cosmic radiation on humans and on technical instrumentation, which are fundamentally necessary to make human Mars missions possible. I am very delighted that the European Space Agency ESA has a cooperation with FAIR since many years to foster this field of research.”