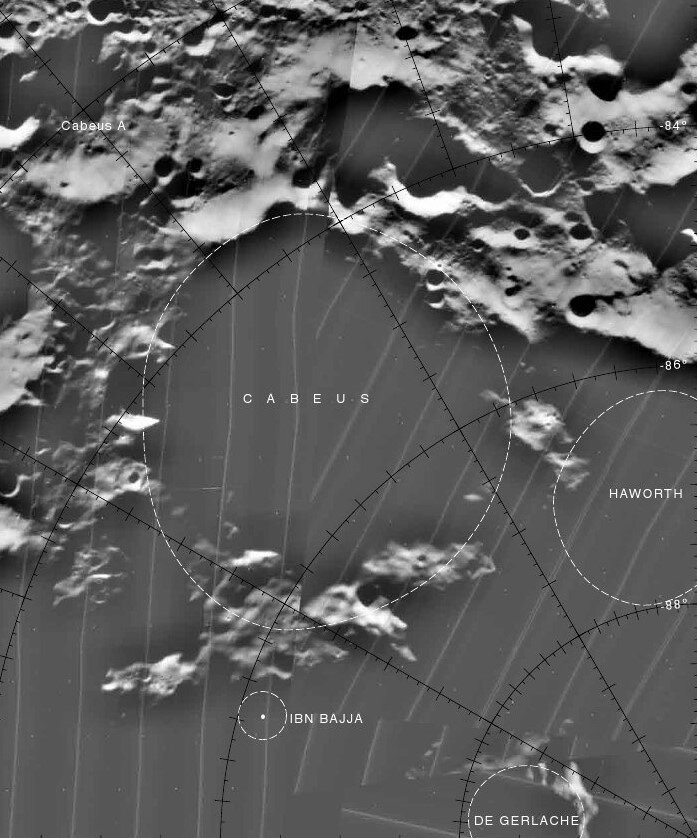 Southwest Research Institute scientists joined a team that reanalyzed and modeled data from a planned lunar impact more than a decade ago. The findings suggest that volatiles present in a crater near the Moon’s south pole were likely delivered by a comet. Volatiles are chemical elements and compounds that can be readily vaporized and, in this case, were stabilized in ice lurking in this permanently shaded region.

The SwRI-led LAMP (Lyman-Alpha Mapping Project) instrument aboard NASA’s Lunar Reconnaissance Orbiter (LRO) had a bird’s eye view when its launch vehicle’s spent upper stage intentionally struck the Moon’s Cabeus crater in 2009. LRO and the Lunar CRater Observation and Sensing Satellite (LCROSS) launched together and monitored the plumes of materials ejected into the atmosphere in this planned experiment to excavate and understand the origin and evolution of volatiles in this inky crater.

“The new research indicates that the crater materials are not volcanic in origin and are best explained by cometary impact delivery,” said SwRI’s Dr. Kurt Retherford, LAMP principal investigator. “Ruling out volcanic sources could mean that the top three meters of regolith in the Cabeus crater are younger than previously thought, probably less than a billion years old.”

LCROSS and LRO were designed to be the vanguard of NASA’s return to the Moon. The upcoming Artemis missions will return to the Moon, using innovative technologies to explore the lunar surface and collaborate with commercial and international partners to ultimately establish the first long-term presence at the Moon’s south pole.

“As humans prepare to return to the Moon, we have an unprecedented opportunity to make measurements in Cabeus and other PSRs to characterize the elemental and isotopic composition of lunar volatiles as a function of depth,” said Dr. Kathleen Mandt of the Johns Hopkins University’s Applied Physics Laboratory. Mandt is the lead author of a paper published in Nature Communications about this research. “Studying these potential lunar resources not only supports expanded human exploration, but also helps us to understand the history of the Earth-Moon system.”

For more than a decade, LAMP has searched for surface ice and frost in the polar regions, providing images of permanently shadowed regions illuminated only by starlight and the glow of an interplanetary hydrogen emission known as the Lyman-alpha line. LAMP data has helped characterize water and other molecules on the Moon.

“Water is considered an important resource because when you split water molecules, you end up with oxygen and hydrogen, critical components for breathable air and rocket fuel,” Retherford said. “The rest of the volatiles could be important resources, as well.”

The most likely sources of the volatiles investigated were volcanic outgassing, comet or micrometeoroid impacts, or surface chemistry initiated by solar wind particles. For this research, the team looked at plumes of materials measured by LCROSS and LAMP and what they revealed about the composition of volatiles in the regolith. Many factors influence how these volatiles are integrated into surface ices, including temperature, depth and cycles of sublimation and recondensation. To simplify the analysis and eliminate as many influences as possible, the team compared the elemental composition of the volatiles to that of the potential sources, evaluating abundances of four elements—hydrogen, nitrogen, oxygen and sulfur—as they relate to carbon.

“Based on the ratios measured and the composition of comets, such as Rosetta spacecraft measurements of Comet 67P, comets are likely the primary source of these volatiles,” said Dr. Lizeth Magaña, a recent graduate of the University of Texas at San Antonio-SwRI doctorate of physics and astronomy program who recently joined JHUAPL. “Impact gardening, a term referring to impacts that churn and enrich the uppermost regolith of moons and other airless bodies, is perhaps the next most important contributor for seeding the Cabeus crater with volatiles. With all the various sources to consider, ruling out the internal volcanic source with this study helps a lot.”

Mandt, a LAMP coinvestigator, was also a UTSA graduate and SwRI researcher prior to joining JHUAPL in 2017.

LCROSS launched with LRO aboard an Atlas V rocket from Cape Canaveral, Florida, on June 18, 2009, and used the Centaur upper stage rocket to create the debris plume. LCROSS was managed by Ames and built by Northrop Grumman in Redondo Beach, California. LRO was built and is managed by Goddard.