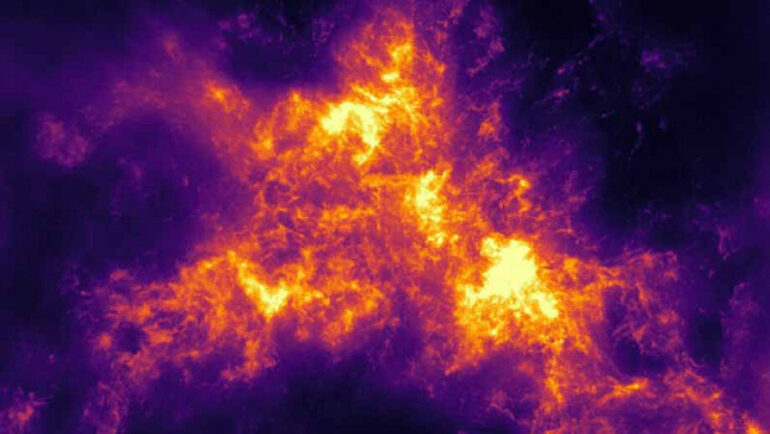 A stunning image captured by researchers at The Australian National University (ANU) and Australia’s national science agency, CSIRO, shows one of the Milky Way’s closest neighbors in new detail.

Lead author of the study, Dr. Nickolas Pingel, says it is the clearest ever picture of hydrogen emitted from the Small Magellanic Cloud.

“The clarity of this image is unprecedented,” he said.

“We’re able to see all of the small-scale structures for the first time. It’s an important step in understanding the role hydrogen plays in the evolution of galaxies.

“For example, you can see holes within the gas. This shows us that hydrogen interacts with supernovae.”

This study focused on the Small Magellanic Cloud—the nearest satellite galaxy of the Milky Way.

The team used the CSIRO’s ASKAP radio telescope and high-tech software to capture and process 100 hours of data.

Now they hope to take the project a step further.

“This specific image was part of a pilot survey,” Dr. Pingel said.

“Over the next year we are going to collect more observations. Eventually we’ll be able to connect them and make a giant mosaic which will show how this galaxy connects to its nearby neighbors.”

NASA, Boeing say Starliner on track for May 19 launch