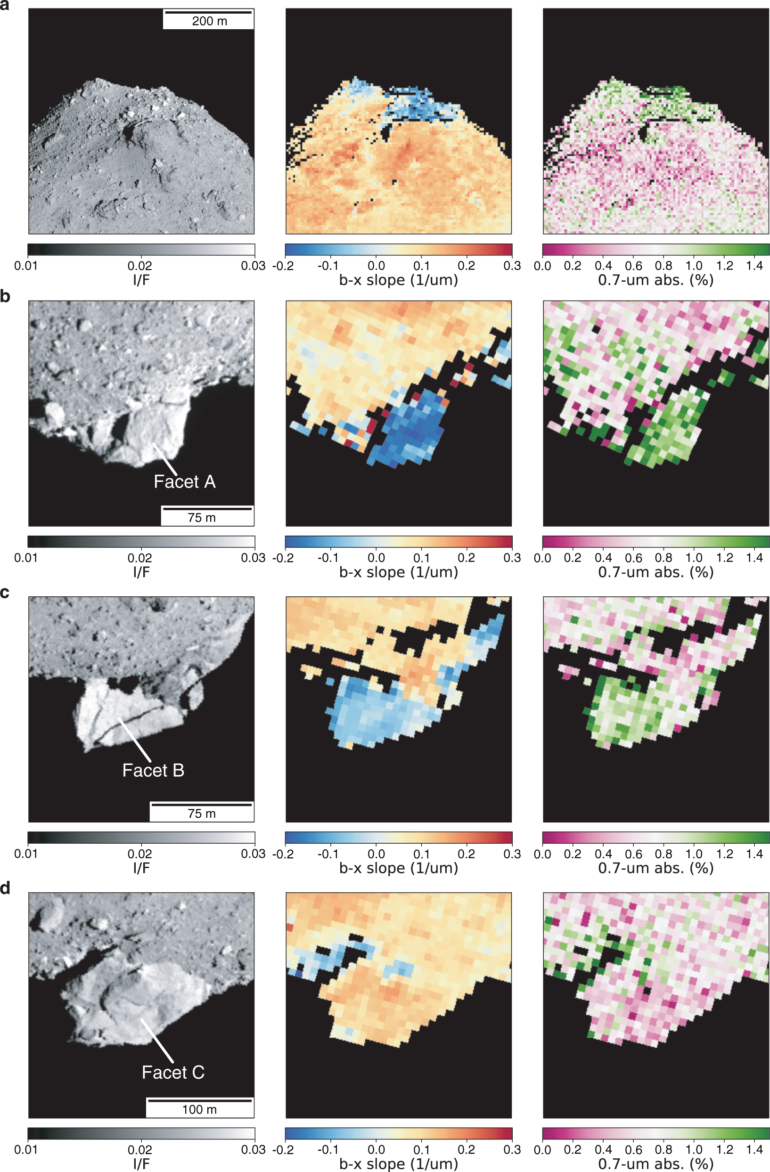 An international team including a researcher from Lawrence Livermore National Laboratory (LLNL) has determined that one specific particle on the asteroid Ryugu can shed light on the unaltered initial materials from its parent body.

In December 2014, the Japanese Aerospace Exploration Agency launched the spacecraft Hayabusa2 to the asteroid 162173 Ryugu. In December 2020, the sample-return capsule successfully landed safely back on Earth with pristine pieces of Ryugu that it had collected.

Ryugu is an ancient fragment of a larger asteroid that formed very early in solar system history, shortly after the birth of the sun. Samples from this asteroid present a unique opportunity to determine not only the material the solar system formed from, but also how the solar system evolved.

The solar system formed from a large cloud of swirling gas and dust made by previous generations of stars. This “stardust” is nanometer to micrometer sized particles that are incorporated into planetary bodies, like Ryugu, when they form.

In the new research, LLNL secondary ion mass spectrometrist and cosmochemist Ming-Chang Liu (Nuclear and Chemical Sciences Division) found that one particle (dubbed C0009) differs mineralogically from other Ryugu particles because it contains a small amount (~0.5 vol%) of anhydrous silicates. Other particles studied to date contained more phyllosilicate and carbonate minerals, suggesting that Ryugu went through an extensive aqueous alteration on its parent body, similar to the rare mineralogically altered, but chemical primitive CI chondrites, (a group of rare stony meteorites). The research appears in Nature Astronomy.

Through isotopic analysis of magnesium-rich olivine and pyroxene, the data “provide strong evidence that amoeboid olivine aggregates and magnesium-rich chondrules, two types of high-temperature objects that formed in the solar nebula, accreted into Ryugu’s parent body,” said Liu, who serves as the first author of the paper.

The team analyzed the results of oxygen isotope measurements of Ryugu’s anhydrous silicates, which have strong implications for the origins of Ryugu and by extension of the parent asteroids of CI chondrite meteorites.

“The oxygen isotope data together with grain morphology allow us to infer the original materials incorporated into the protolith of Ryugu as they reveal a potential relationship between anhydrous silicates in C0009 and other known high temperature components found in non-CI carbonaceous chondrites,” Liu said.