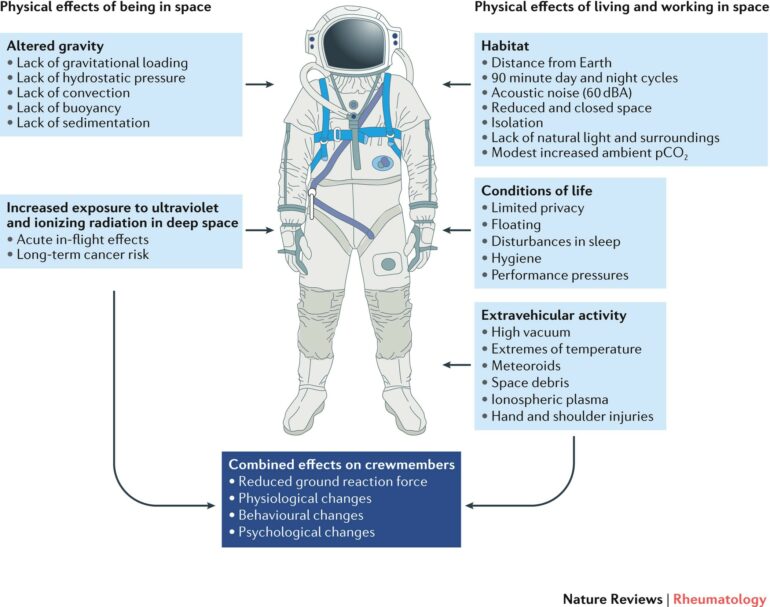 Astronauts that have returned after spaceflights over three months may show signs of incomplete bone recovery even after one year on Earth, but adding in more resistance-based exercises during spaceflight may help limit bone loss. The small study, published in Scientific Reports, on 17 international astronauts found that while the shinbone partially recovers, the sustained bone losses after one year are equivalent to ten years of normal age-related bone loss on Earth.

Steven Boyd and colleagues imaged 17 astronauts (14 male, three female) before spaceflight, at return to Earth, and after six and 12 months of recovery. They conducted bone scans on the tibia (shinbone) and radius (forearm) to calculate the resistance of the bone to fracture (failure load), bone mineral in the bone tissue, and tissue thickness. The authors also recorded exercises such as cycling, treadmill running and deadlifting completed by astronauts in-flight and post-flight.

One year after flight the median results for 16 of the astronauts showed incomplete recovery of the shinbone. Median shinbone failure load, measuring bone strength, was reduced by 152.0 newtons from 10,579 newtons at pre-flight to 10,427 newtons after one year. Total bone mineral density reduced by 4.5 milligrams per cubic centimeter compared to pre-flight levels of 326.8 mg/cm3. Measures of the forearm across all astronauts did not differ at 12 months’ recovery compared to pre-flight.

Across all astronauts, those who completed greater amounts of in-flight deadlift training, relative to their individual training pre-flight, were identified as part of those who recovered tibia bone mineral density. The authors propose that as well as currently used exercise routines, a jumping resistance-based exercise that provides high-impact dynamic loads on the legs may help prevent bone loss and promote the formation of bone on spaceflight missions.


Citation:
The path of most resistance could help limit bone loss during spaceflight (2022, June 30)