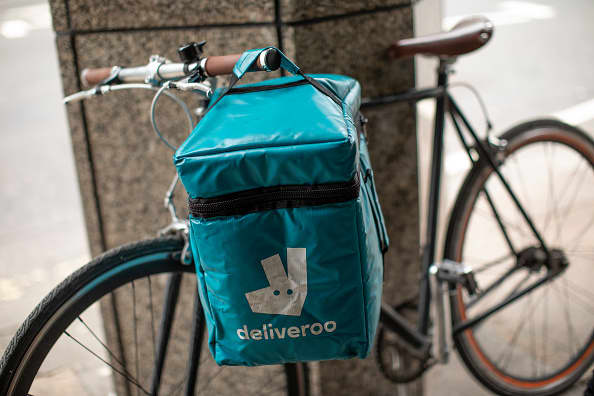 LONDON — Shares of British food delivery firm Deliveroo fell on Thursday, as the company warned its growth could lose steam as economies start to reopen.

In its first trading update as a public company, Deliveroo said it had 71 million orders in the first quarter of 2021, more than double the 33 million orders booked through its service in the same period a year earlier.

The total value of transactions on its platform, meanwhile, climbed 130% to £1.65 billion, Deliveroo said.

Despite this, Deliveroo’s stock price slumped 3.8%, closing at a price of £2.60, after the company gave cautious guidance for the full year.

In the update, Deliveroo said it was “difficult to say” how much of its growth in the first quarter was driven by the “special circumstances” of lockdowns in some of its markets.

“The Company continues to operate in an uncertain environment given that the timing and impact of these restrictions being lifted in the coming weeks and months remain unknown,” Deliveroo said Thursday.

“Deliveroo expects the rate of growth to decelerate as lockdowns ease, but the extent of the deceleration remains uncertain.”

Deliveroo said it was being “prudent,” sticking to the full-year 2021 guidance it gave in its IPO prospectus. The firm is forecasting gross transaction value growth of between 30% to 40% and gross profit margins of 7.5 to 8%.

Deliveroo went public in London last month, in a debut that became one of the worst U.K. IPOs for a large company in history. The firm’s shares plunged as much as 30% in its first day of trading.

Analysts have attributed the Amazon-backed company’s lackluster performance to questions around its valuation, gig workers’ rights issues and intense competition in the food delivery sector.

Deliveroo’s shares are now down over 33% from its IPO price of £3.90. And, with a market cap of $6.4 billion, the company is now worth less than the $7 billion it was valued at in its last private financing round before going public.

For its part, Deliveroo said it’s “just starting life as a public company” and is “confident” in its ability to deliver long-term returns for shareholders.

Earlier this week, British-Dutch competitor Just Eat Takeaway said its orders jumped by 79% in the first quarter, nearly double the growth it had previously forecast. The firm added that it expects orders to grow throughout this year, even once Covid-19 restrictions are rolled back.