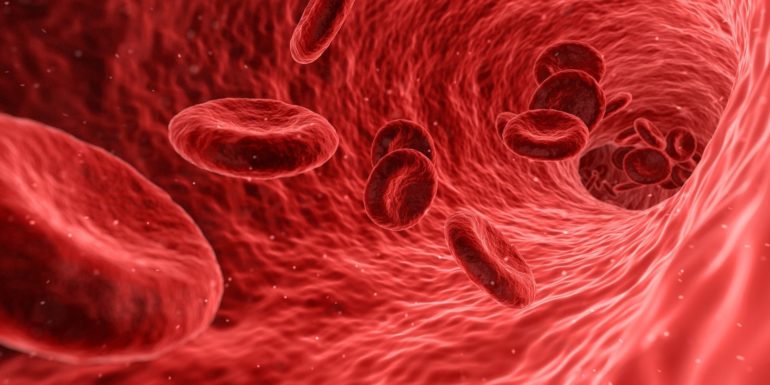 A new University of California, Irvine-led study reveals albumin (Alb), among the most abundant proteins in the body, activates a proton channel (hHv1), also widespread in the body, giving sperm the ability to penetrate and fertilize an egg, and allowing white blood cells to secrete large amounts of inflammatory mediators to fight infection.

The study titled “Direct activation of the proton channel by albumin leads to human sperm capacitation and sustained release of inflammatory mediators by neutrophils,” was published today in Nature Communications.

Researchers examined the physiological connection between Alb and human voltage-gated proton channels (hHv1), which are both essential to cell biology in health and diseases. They also demonstrated the mechanism by which Alb binds directly to hHv1 to activate the channel. This research explains how sperm are triggered to fertilize, and neutrophils are stimulated to release mediators in the innate immune response, describing a new role for Alb in physiology that will operate in the many tissues expressing hHv1.

“We found that the interaction of Alb and hHv1 activates sperm when they leave semen and enter the female reproductive tract because Alb is low in semen and high in the reproductive tract. We now understand why albumin supplementation improves IVF,” said first author Ruiming Zhao, Ph.D., from the Department of Physiology & Biophysics at UCI School of Medicine. “We also found the same Alb/hHv1 interaction allows the white blood cells called neutrophils to produce and secrete the inflammatory mediators that kill bacteria and fight infection. However, it’s important to note that the inflammatory response itself can lead to disease.” The essential stimulatory role of Alb in the physiology of sperm and neutrophils via hHv1 suggests that Alb will have as-yet unrecognized enhancing or deleterious roles in the other tissues, including the central nervous system, heart and lungs, and will influence cancers of the breast and gastrointestinal tract.

“It is exciting to discover that a common protein has the power to activate the proton channel. This finding suggests new strategies to block or enhance fertility, and to augment or suppress the innate immune response and inflammation,” said senior author Steve A. N. Goldstein, MD, Ph.D., vice chancellor of Health Affairs at UCI and distinguished professor in the School of Medicine Departments of Pediatrics and Physiology & Biophysics, and in the new School of Pharmacy and Pharmaceutical Sciences.

The proton channel hHv1 is implicated in a wide range of biological processes in addition to the capacitation of sperm and the innate immune responses included in the study. The channels have notable roles in proliferation of cancer cells, tissue damage during ischemic stroke, and hypertensive injury of the kidney. Because Alb is ubiquitous at levels that vary in different human compartments in health and disease, the potentiation of hHv1 by Alb described in the paper will be widespread, tissue-dependent, and play both salutary and unfavorable roles in human physiology.

“We have modeled the structural basis for binding of Alb to the channel that leads to activation and changes in cellular function, and we are now conducting in vivo studies of viral and bacterial infections. Our next steps include studies of the effects of inhibitors of the Alb-hHv1 interaction on infection, inflammation and fertility,” said Goldstein.

Molecular ‘barcode’ helps decide which sperm will reach an egg