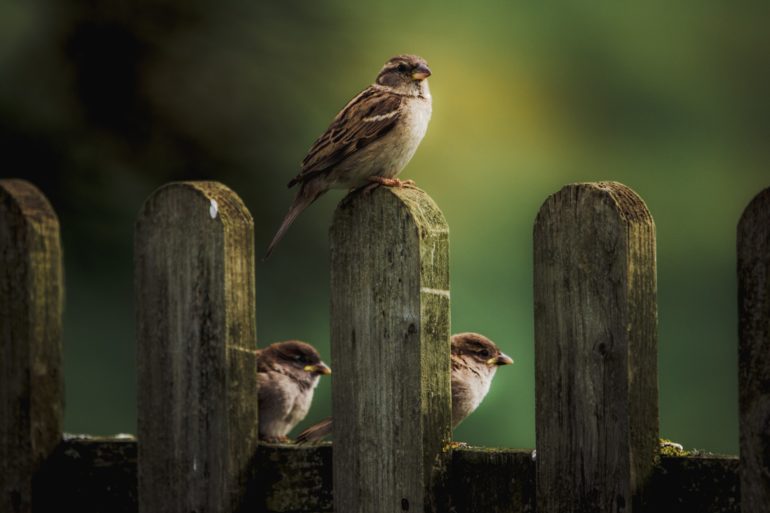 A trio of researchers from Manchester Metropolitan University and the University of Edinburgh has found that people filling garden feeders have a pervasive and long-distance impact on bird populations. In their paper published in the journal Proceedings of the Royal Society B, Jack Shutt, Urmi Trivedi and James Nicholls describe their study of bird droppings across parts of Scotland.

Hanging bird feeders and filling them regularly has become a popular pastime in the U.K. as people sit and watch the birds that come to feed from them. But what impact does so much easy feeding have on the birds? Scientists do not really know. In this new effort, the researchers set out to learn more about it.

The work involved first collecting data regarding bird feeding. They found that approximately 150,000 tons of birdfeed is purchased each year in the U.K. They also found that the amount of feed given to birds is more than triple what would be needed to sustain them all. The researchers next set about collecting fecal samples dropped by birds in a 220 km transect of 39 predominantly deciduous Scottish woodland areas, focusing most specifically on the diet of just one bird species that is widely known to feed from garden feeders—the blue tit. Each sample underwent metabarcoding, which revealed the amounts of different foods a bird had eaten.

The researchers focused most specifically on peanuts in the fecal samples because it is found in almost all bird feeders in Scotland and because it is not something the birds can find in the wild. They found peanuts in 49% of the samples and moths (the birds’ natural prey) in only 34% of the samples. The researchers suggest these numbers indicate that blue tits are getting most of their food from bird feeders. And it was not just birds that live close to the feeders—they found large amounts of peanuts in bird droppings up to a mile away from any bird feeder. That finding suggested that virtually every blue tit in Scotland gets at least some of its food from feeders.

The researchers also found evidence that suggested the increase in garden feeding has led to an increase in population densities of blue tits and that could be leading to crowding out of other species such as willow tits. Blue tits are known to evict willow tits from nesting holes.

Citation:
Study of bird droppings in UK highlights impact of garden feeding (2021, May 26)
retrieved 26 May 2021
from https://phys.org/news/2021-05-bird-uk-highlights-impact-garden.html