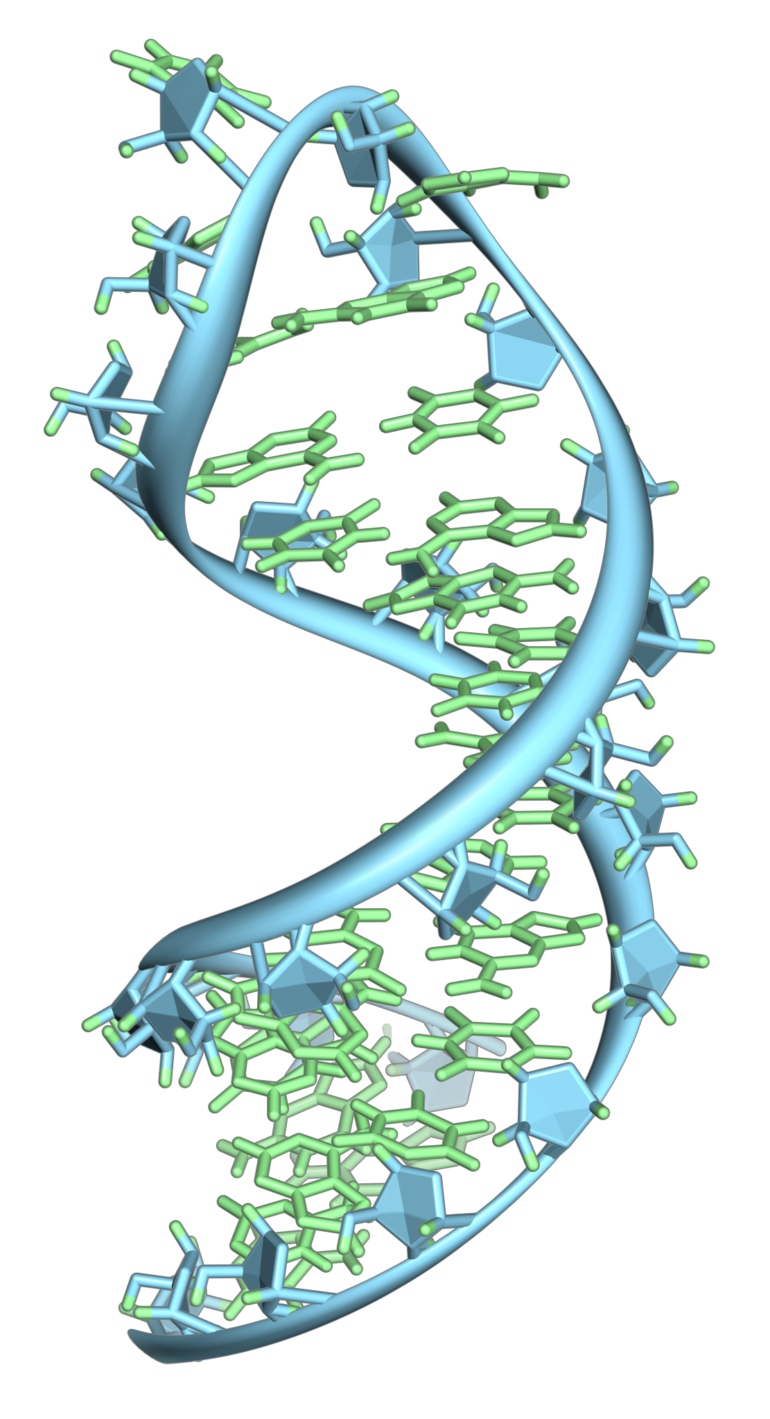 New research has identified and described a cellular process that, despite what textbooks say, has remained elusive to scientists until now—precisely how the copying of genetic material that, once started, is properly turned off.

The finding concerns a key process essential to life: the transcription phase of gene expression, which enables cells to live and do their jobs.

During transcription, an enzyme called RNA polymerase wraps itself around the double helix of DNA, using one strand to match nucleotides to make a copy of genetic material—resulting in a newly synthesized strand of RNA that breaks off when transcription is complete. That RNA enables production of proteins, which are essential to all life and perform most of the work inside cells.

Just as with any coherent message, RNA needs to start and stop in the right place to make sense. A bacterial protein called Rho was discovered more than 50 years ago because of its ability to stop, or terminate, transcription. In every textbook, Rho is used as a model terminator that, using its very strong motor force, binds to the RNA and pulls it out of RNA polymerase. But a closer look by these scientists showed that Rho wouldn’t be able to find the RNAs it needs to release using the textbook mechanism.

“We started studying Rho, and realized it cannot possibly work in ways people tell us it works,” said Irina Artsimovitch, co-lead author of the study and professor of microbiology at The Ohio State University.

The research, published online by the journal Science today, Nov. 26, 2020, determined that instead of attaching to a specific piece of RNA near the end of transcription and helping it unwind from DNA, Rho actually “hitchhikes” on RNA polymerase for the duration of transcription. Rho cooperates with other proteins to eventually coax the enzyme through a series of structural changes that end with an inactive state enabling release of the RNA.

The team used sophisticated microscopes to reveal how Rho acts on a complete transcription complex composed of RNA polymerase and two accessory proteins that travel with it throughout transcription.

“This is the first structure of a termination complex in any system, and was supposed to be impossible to obtain because it falls apart too quickly,” Artsimovitch said.

“It answers a fundamental question—transcription is fundamental to life, but if it were not controlled, nothing would work. RNA polymerase by itself has to be completely neutral. It has to be able to make any RNA, including those that are damaged or could harm the cell. While traveling with RNA polymerase, Rho can tell if the synthesized RNA is worth making—and if not, Rho releases it.”

Artsimovitch has made many important discoveries about how RNA polymerase so successfully completes transcription. She didn’t set out to counter years of understanding about Rho’s role in termination until an undergraduate student in her lab identified surprising mutations in Rho while working on a genetics project.

Rho is known to silence the expression of virulence genes in bacteria, essentially keeping them dormant until they’re needed to cause infection. But these genes do not have any RNA sequences that Rho is known to preferentially bind. Because of that, Artsimovitch said, it has never made sense that Rho looks only for specific RNA sequences, without even knowing if they are still attached to RNA polymerase.

In fact, the scientific understanding of the Rho mechanism was established using simplified biochemical experiments that frequently left out RNA polymerase—in essence, defining how a process ends without factoring in the process itself.

In this work, the researchers used cryo-electron microscopy to capture images of RNA polymerase operating on a DNA template in Escherichia coli, their model system. This high-resolution visualization, combined with high-end computation, made accurate modeling of transcription termination possible.

“RNA polymerase moves along, matching hundreds of thousands of nucleotides in bacteria. The complex is extremely stable because it has to be—if the RNA is released, it is lost,” Artsimovitch said. “Yet Rho is able to make the complex fall apart in a matter of minutes, if not seconds. You can look at it, but you can’t get a stable complex to analyze.”

Using a clever method to trap complexes just before they fall apart enabled the scientists to visualize seven complexes that represent sequential steps in the termination pathway, starting from Rho’s engagement with RNA polymerase and ending with a completely inactive RNA polymerase. The team created models based on what they saw, and then made sure that these models were correct using genetic and biochemical methods.

Though the study was conducted in bacteria, Artsimovitch said this termination process is likely to occur in other forms of life.

“It appears to be common,” she said. “In general, cells use similar working mechanisms from a common ancestor. They all learned the same tricks as long as these tricks were useful.”