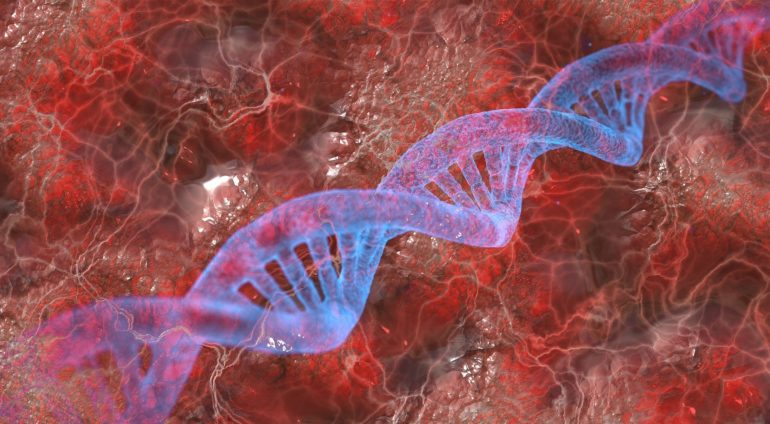 A Ludwig Cancer Research study has found that inducing random chromosome instability (CIN) events in mice for as little as one week is enough to trigger harmful chromosomal patterns in cells that spur the formation of tumors.

“We show that you don’t need chronic, lifelong chromosomal mistakes to produce tumorigenesis at a quite respectable frequency,” said Don Cleveland, Member of the Ludwig Institute for Cancer Research, San Diego, who led the study with Floris Foijer of the University of Groningen, in The Netherlands. “A very transient exposure would likely be sufficient to drive a very substantial increase in tumorigenesis.”

The finding, detailed this week in the journal Genes & Development, confirms a nearly 120-year-old hypothesis by the German biologist Theodor Boveri that aneuploidy—an abnormal number of chromosomes—and tumorigenesis are linked.

“Boveri hypothesized that there would be specific combinations of gains and losses of chromosomes that could lead to cancer. We’ve now tested that and shown that not only was he right, but that even a short burst of chromosome instability is enough to induce these combinations,” said Ofer Shoshani, a postdoctoral researcher in Cleveland’s lab and the study’s first author.

In the study, Shoshani and his colleagues overexpressed the gene polo-like kinase 4 (Plk4) in mice. Plk4 is a master regulator that controls the number of centrosomes present inside a cell. Centrosomes play an important role in cell division by helping separate replicated chromosomes into two daughter cells. Normally, two centrosomes are present inside a cell during division, one at each pole of the cell.

“However, when you overexpress Plk4, you have more than two, and this leads to chromosome missegregation, whereby the chromosomes are not being pulled correctly and the daughter cells inherit an unequal number of chromosomes,” Shoshani explained.

The scientists overexpressed Plk4 in the mice for either one week, two weeks or four weeks, and found that one week was enough to cause the formation of aggressive T cell lymphomas. Whole genome sequencing of the mouse tumors revealed an increased recurrence of a particular chromosome pattern early in the tumor formation process. This “aneuploid profile” involved triple occurrences of chromosomes 4, 5, 14 and 15 (cells normally contain only two copies of each chromosome).

Scientists have long known that certain cancer types are associated with specific chromosome gains—for example, breast cancer often involves a gain of chromosome 1. “What our work potentially shows is that when you induce a transient pulse of chromosome instability, you accelerate the formation of such a recurrent aneuploidy profile,” said Shoshani. “We identify the profile originating very early in the formation of cancer, either at, or very close to, the formation of the cell that generates the tumor.”

Moreover, the researchers found that transient CIN events can drive tumorigenesis regardless of whether p53—a major tumor suppressor gene and the most commonly mutated gene in human cancer—is inactivated. “This tells you that transient CINs will enhance tumorigenesis independent of whether you have other genetic issues that might predispose you to cancer,” Cleveland said.

The findings could be especially relevant to cancer patients undergoing anti-cancer therapy, particularly those being treated with chemotherapeutic agents known as aneugens, which work by driving chromosome instability and aneuploidy.

“Our work suggests that cancer patients who undergo therapy using aneugenic drugs might develop secondary cancers down the road,” said Shoshani. “Of course, this would need to be further investigated, in both human patients and by using experimental models in the lab.”

In Apps and WebCybersecuritySmartphonesStartups
on 10 December 20207 min read

Causal link between aneuploidy and cancer