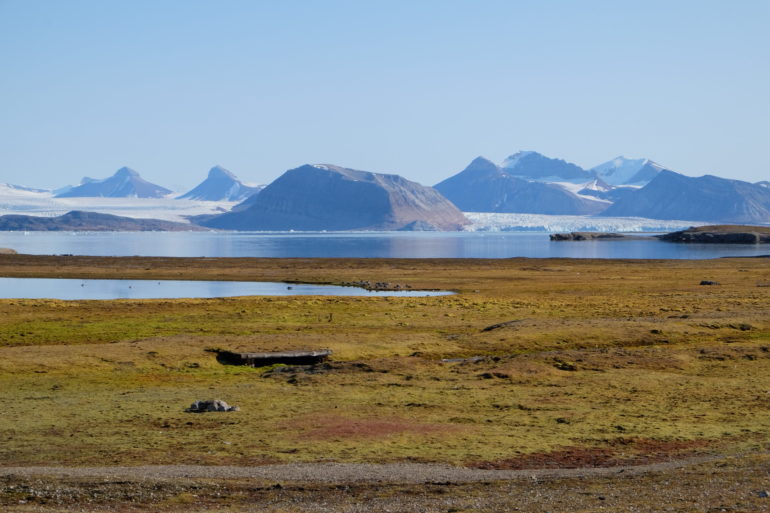 A new study shows that substantial amounts of carbon dioxide were released during the last millennium because of crop cultivation on peatlands in the Northern Hemisphere.

Only about half of the carbon released through the conversion of peat to croplands was compensated by continuous carbon absorption in natural northern peatlands.

Peatlands are a type of wetland which store more organic carbon than any other type of land ecosystem in the world.

Due to waterlogged conditions, dead plant materials do not fully decay and carbon accumulates in peatlands over thousands of years.

Therefore, natural peatlands help to cool the climate by capturing carbon dioxide (CO2) from the atmosphere through photosynthesis and trapping carbon in soils.

However, artificial drainage of peatlands for agriculture aerates the soil and enhances the decay of organic matter, rapidly releasing carbon into the atmosphere.

Peatlands are a missing piece of the carbon cycle puzzle; little is known about how much carbon has been released due to drainage and conversion of peatland to cropland during the historical sprawl of agriculture, and about the role of cultivated peatlands versus natural peatlands.

The new international study, led by INRAE and LSCE, and including the University of Exeter, quantified CO2 fluxes in natural and cultivated peatlands between 850 and 2010.

“We incorporated peatland hydrological and carbon processes into a process-based land surface model,” said Chunjing Qiu who developed the model and designed the study, and worked at the Institut National de de recherche pour l’agriculture, l’alimentation et l’environnement (INRAE) and the Laboratory for Sciences of Climate and Environment (LSCE) in France.

“This model is one of the first to simulate natural peatland and the conversion of peatland to cropland and resultant CO2 emissions.

“We also looked at how the carbon emission rates of cultivated peatlands vary with time after conversion.

“High CO2 emissions can occur after the initial drainage of peatland, but then, the emission rates decrease with time because of depletion of labile carbon and increasing recalcitrance of the remaining material.”

Professor Angela Gallego-Sala, of Exeter’s Global Systems Institute, said: “This study highlights how much carbon is lost if you drain peatlands, as we have done to many peatlands in Europe, but it also reminds us how important it is to make sure we manage peatlands appropriately.”

According to the authors, this indicates that historical CO2 emissions caused by land-use changes are greater than previously estimated.

It also implies an underestimation of historical carbon uptake by terrestrial ecosystems if carbon emissions from cultivated peatlands is ignored.

“Carbon emissions from drainage of peatlands are a source of concern for national greenhouse gas budgets and future emission trajectories,” said Philippe Ciais from LSCE, who co-lead the study with Chunjing Qiu.

“However, we have only a very few observations, and peatland drainage and cultivation are not explicitly considered by bookkeeping models and dynamic global vegetation models used to compute the annual carbon budget.

“Our study brings new and important implications for a better understanding of the global carbon budget.”