Surprise! Pluto may have had an underground ocean from the very beginning 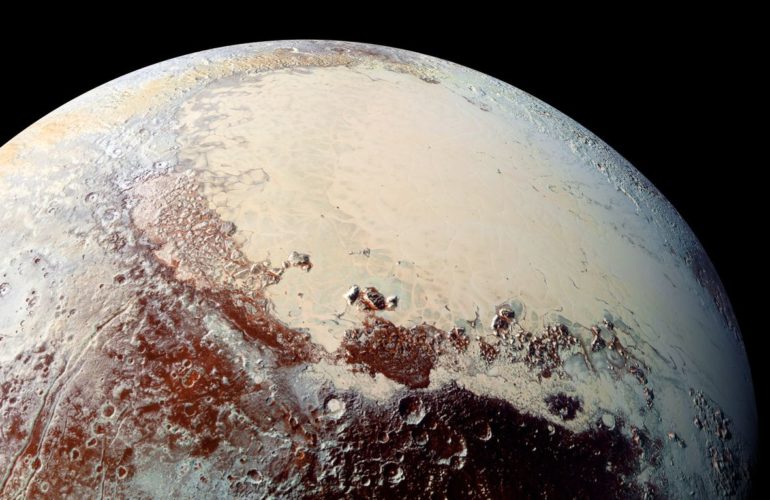 Though Pluto is now famously frigid, it may have started off as a hot world that formed rapidly and violently, a new study finds.

This result suggests Pluto may have possessed an underground ocean since early on in its life, potentially improving its chances of hosting life, researchers said.

Previous work assumed Pluto originated from cold and icy rock clumping together in the distant Kuiper Belt, the ring of objects beyond Neptune’s orbit. Although there is evidence that Pluto currently possesses a liquid ocean beneath its thick frozen shell, researchers have suggested this subsurface ocean developed long after Pluto formed, after ice melted due to heat from radioactive elements in Pluto’s core.

Now scientists argue that instead of a cold formation, Pluto had a hot start, one full of explosive force.

“When we look at Pluto today, we see a very cold frozen world, with a surface temperature of about 45 Kelvin [minus 380 degrees Fahrenheit, and minus 228 degrees Celsius],” study lead author Carver Bierson, a planetary scientist at the University of California, Santa Cruz, told Space.com. “I find it amazing that by looking at the geology recorded in that surface, we can infer Pluto had a rapid and violent formation that warmed the interior enough to form a subsurface water ocean.”

The scientists compared geological observations of Pluto captured by NASA’s New Horizons spacecraft, which flew by the dwarf planet in 2015, with various models of Pluto’s origin and evolution. If…