3D-printing microrobots with multiple component modules inside a microfluidic chip 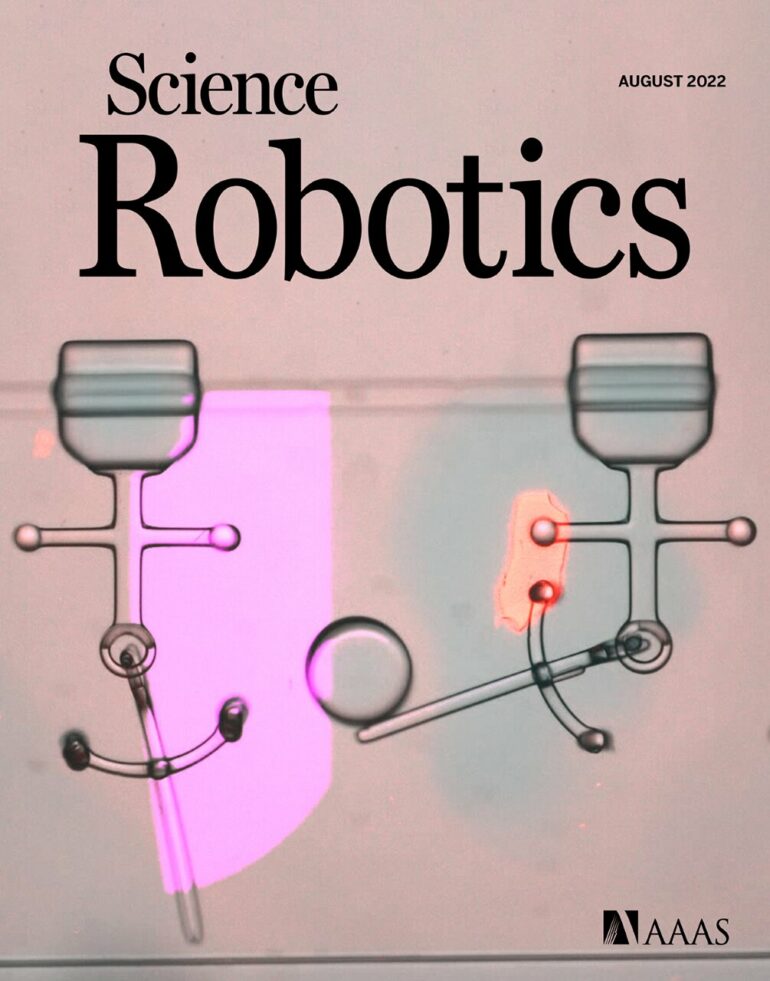 Scientists from the Department of Mechanical Engineering at Osaka University introduced a method for manufacturing complex microrobots driven by chemical energy using in situ integration. By 3D-printing and assembling the mechanical structures and actuators of microrobots inside a microfluidic chip, the resulting microrobots were able to perform desired functions, like moving or grasping. This work may help realize the vision of microsurgery performed by autonomous robots.

As medical technology advances, increasingly complicated surgeries that were once considered impossible have become reality. However, we are still far away from a promised future in which microrobots coursing through a patient’s body can perform procedures, such as microsurgery or cancer cell elimination.

Although nanotech methods have already mastered the art of producing tiny structures, it remains a challenge to manipulate and assemble these constituent parts into functional complex robots, especially when trying to produce them at a mass scale. As a result, the assembly, integration and reconfiguration of tiny mechanical components, and especially movable actuators driven by chemical energy, remains a difficult and time-consuming process.

Now, a team of researchers, including Morishima and Wang at Osaka University, Hiratsuka at Japan Advanced Institute of Science and Technology (JAIST), and Nitta at Gifu University, developed a new method for 3D-printing microrobots with multiple component modules inside the same microfluidic chip. Soft microrobot structures are produced by shining laser light to harden a photo-inducible biocompatible hydrogel, poly (ethylene glycol) diacrylate.

“Recently, microrobot development has been transitioning from hard and rigid structures to soft and flexible architectures” first author Yingzhe Wang says. The stepwise process was simplified and streamlined compared with previous methods by assembling the different modules in place, or in situ.

The teams assembly line approach permitted them to combine various modules, such as joints, grippers, or artificial muscles, into a single device. The successful integration of different functions may for a wide variety of microrobots with scalable mass production. For this work, the researchers demonstrated several different types, including a gripper, a fish, and a robot arm.

“Our in situ integration of actuators and mechanical structures improved the flexibility and efficiency of microrobot fabrication, which may help realize the currently difficult problem of mass production,” senior author Keisuke Morishima says. In addition to health care applications, these robots can also help in the fabrication of yet more complex robots, by acting as microfluidic valve or manipulators.