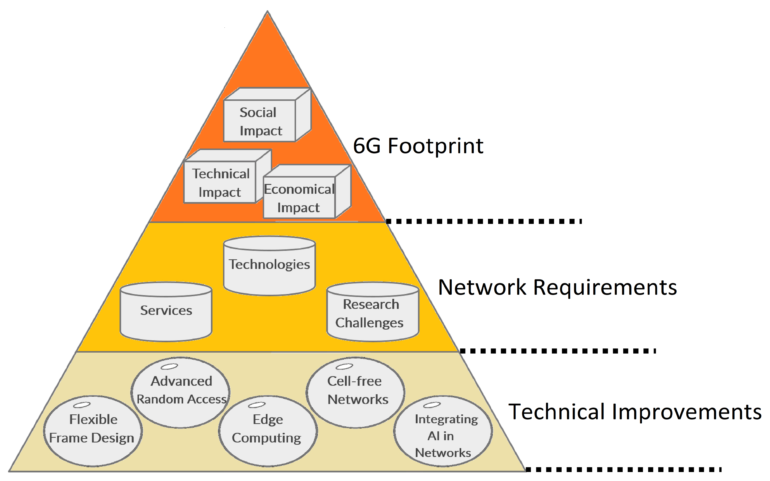 Even though consumers won’t see it for years, researchers around the world are already laying the foundation for the next generation of wireless communications, 6G. An international team led by researchers at The University of Texas at Austin has developed components that will allow future devices to achieve increased speeds necessary for such a technological jump.

In a new paper published in Nature Electronics, the researchers demonstrated new radio frequency switches that are responsible for keeping devices connected by jumping between networks and frequencies while receiving data. In contrast with the switches present in most electronics today, these new devices are made of two-dimensional materials that take significantly less energy to operate, which means more speed and better battery life for the device.

“Anything that is battery-operated and needs to access the cloud or the 5G and eventually 6G network, these switches can provide those low-energy, high-speed functions,” said Deji Akinwande, professor in the Cockrell School of Engineering’s Department of Electrical and Computer Engineering and the principal leader of the project.

Because of the increased demand for speed and power, 6G devices will probably have hundreds of switches in them, many more than the electronics currently on the market. To reach increased speeds, 6G devices will have to access higher frequency spectrum bands than today’s electronics, and these switches are key to achieving that.

Making these switches, and other components, more efficient is another important part of cracking the code for 6G. That efficiency goes beyond battery life. Because the potential uses for 6G are so vast, including driverless cars and smart cities, every device will need to virtually eliminate latency.

Akinwande previously developed switches for 5G devices. One of the main differences this time is the materials used. These new switches use molybdenum disulfide, also known as MOS2, stuck between two electrodes.

These types of devices, called memristors, are typically used for memory. But the adaptation to use these as switches opens potential for devices, both current and future, to hit new standards of speed and battery life.

Akinwande is part of a group of researchers at UT Austin preparing for 6G. Last year, [email protected] launched, with industry leaders including Samsung, AT&T, NVIDIA, Qualcomm and more partnering with researchers to advance 6G development.

The next generation of wireless will be infused with technologies that have come of age during the past decade: ubiquitous sensing, augmented reality, machine learning and the ability to use higher frequency spectrum at mmWave and THz bands. These technologies will be at the heart of the research happening at the [email protected] center.

Each wireless generation lasts about a decade, and the 5G rollout began in 2020. Akinwande said 6G deployment isn’t likely to happen until around 2030. But the time is now to put all the necessary building blocks in place.

“For the technology to be deployed by 2030, a lot of the components, a lot of the architecture needs to be resolved years in advance so that system-level integration and execution can happen in time for the rollout,” Akinwande said.

Lakes on Greenland Ice Sheet can drain huge amounts of water, even in winter

The next step in this project is to integrate the switches with silicon chips and circuits. The researchers are looking at improving how well the switches can jump between frequencies, which would give devices better connections on the go. They are pursuing collaborations with industry partners on developing the switches for commercial adoption.